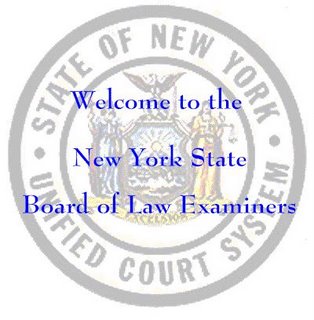 My bar exam responses were lost. Not all of them, mind you, just the 200 multi-state multiple choice answers I scored on that computer sheet with a pencil. It was July 1985 and the place was a passenger ship terminal on Manhattan’s west side. I was one of 500+ people who got the bad news a few weeks afterward. The answer sheets just disappeared. As in gone. Vanished. The crime (or act of negligence) was never solved. The answer sheets were never recovered from the Hudson River or local garbage dump, wherever it is they went.

With newly graduated law students preparing for next week’s test, and the folks at Above the Law asking for bar exam anecdotes, I thought I would share mine.

I found out about the missing answer sheets while backpacking around Europe, a reprieve from law school and the stress of the exam. My buddy Murphy had been told, when he called his folks, “Tell Eric to call home right away. It’s important.” I was relieved to hear that the problem was only the bar exam that I had slaved over.

I was given four choices:

I opted to come home early for the special make-up exam, since the studied material was still relatively fresh in my mind. Then the law-gods intervened.

Why mark up my booklet? Because when I took the exam 22 summers ago, I had listened to my bar review prep guy, John Pieper, who had told us that, to save time, we should answer the questions 10 at a time and then transfer the answers over.

So the bar reviewers looked at my booklet and could figure out 194 of my 200 answers. I was then offered a fifth option: Did I want them to score up a new answer sheet for me? Which meant that I started off with six wrong. (I later learned that this option was given to about two dozen people, if the examiners could figure out 180 or more answers from the booklets.)

That day I called home and was given this choice, I had gone summer-skiing in Zermatt. On a glacier. With a perfect view of the Matterhorn off to my left. And I was relaxing afterward with a cold beer. Coming home early to re-study didn’t, for some reason, really appeal to me. Dad, I said, let’s do it.

And that’s how I passed the bar exam.

(Eric Turkewitz is a personal injury attorney in New York, receiving the good news on the bar results in December 1985 and being sworn in on the 25th day of February, 1986 in the Eastern District of New York)