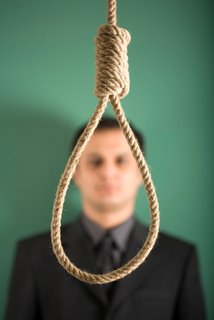 He was 14 years old when he was sentenced to hang. The year was 1959 and he had been convicted in Canada of raping and killing a 12-year old.

Due to his age, and the fear of political backlash, his term was commuted to life in prison. He was paroled after 10 years behind bars according to a New York Times article today (sub. req., an AP version is here).

And now, 48 years later, the conviction has been vacated.

According to the Times:

Last year, the Ontario Court of Appeal heard evidence that the original autopsy conclusions allowed for a time of death much later than that cited by the prosecution, perhaps a day later, when Mr. Truscott was in school.

“The conviction, placed in the light of the fresh evidence, constitutes a miscarriage of justice and must be quashed,” the court said in a unanimous judgment.

It is hard enough to figure out what “fair and reasonable” is for a broken arm or lost eye. We do it, not because it is perfect, but because it is the best system we have to make one whole.

But 10 years taken away from one’s life, and being haunted by the conviction for an additional 38 years? More from the article:

The Ontario attorney general, Michael Bryant, said he would not appeal and asked a judge to advise on compensation. “On behalf of the government, I am truly sorry,” Mr. Bryant said.

I’m curious as to what others think, assuming this blog is still being read in the waning days of August…