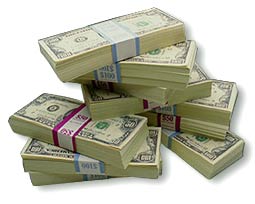 One of my pet peeves is the demand for damages that often gets placed in personal injury suits. Sometimes those claims for a bazillion dollars end up in the paper. Which is to say, they make the attorney (and the bar as a whole) look stupid and greedy. The folks at Overlawyered and other tort “reform” sites love that kind of stuff.

Except that the ad damnum clause — as it is still known to latin-loving lawyers who want to look smart in front of others — is usually all-but-meaningless. The claims are often put in because the lawyer has no choice, since putting a number in may be statutorily required (though putting a stupid number in is not). The basic problem in determining what the demand will be is that, quite often, it is unknown how extensive the injuries will be when the complaint is drafted. So an attorney, scared of putting in a number too low and being bound by it if the injuries turn out worse than currently known, puts in a whopper of a number to be safe. Making a $100,000 demand on a case that turns out to be worth $300,000 could lead to big problems depending on where you are.

Back in the 80s, New York did away with this foolishness in medical malpractice cases, because the doctors’ lobby thought the big numbers in the complaints were outrageous. Big numbers made big headlines. When the case settled for less, or was resolved on some “normal” terms, it certainly wasn’t newsworthy. The medical community was right to want this demand removed from the filings.

Then New York expanded the rule to all personal injury cases in 2003. Thankfully, we were no longer required to create some number to put in the papers.

But there was one catch. If you sued the State of New York in the Court of Claims, you were required to make that damages demand. And a case was dismissed this year for failing to do so. New York clearly needed to get its act together on this.

As of last week, that problem no longer exists as it has been legislated out of existence.

Other states that still require such a speculative demand at the outset of a suit should likewise send this rule to the trash heap. It is unfair to a plaintiff that is forced to create it and likewise unfair to a defendant that must endure it.