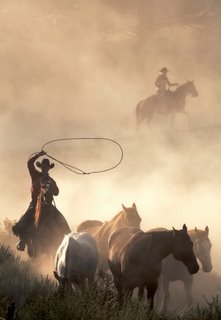 From the last, slow days of August, we start with pre-litigation stuff:

Smoking by workers at the World Trade Center site at the former Deutsch Bank building has been found to be the cause of a fire that resulted in two firefighter deaths in late June as the contaminated building was being dismantled. A tangled web of owners, leaseholders, construction contractors, subcontractors, the City of New York and the Fire Department, will soon lead to a very messy lawsuit of finger-pointing. Among the many issues will be lack of inspections, lack of experience by the contractors and a broken standpipe that prevented water from being pumped upstairs to the blaze;

Also at the WTC site, Jeff at Tort Burger – Hold the Reform reports on increased rates of asthma for Ground Zero workers; He also responds to yet another attack on judges, this one from Forbes (Courts Gone Wild);

According to TortsProf Bill Childs, the Duke lacrosse players are preparing to file suit;

Moving to legal fees, Perlumtter & Schuelke wrote In Defense of the Contigent Fee as a form of value billing — as opposed to the billable hour with its inherent conflict of interest between client and attorney. David Giacalone at f/k/a didn’t like that, and attacked Perlmutter — OK, not just Perlmutter but attorneys in general who work on contingency — in a post entitled why do lawyers lie (about contingency fees)? Among Giacalone’s complaints, he asserts that “The client rarely is given essential information (such as the likelihood of success, the probable size of a recovery, and the amount of time and money that is likely to be invested by the lawyer) that would allow him or her to place a value on the lawyer’s participation.” There’s probably a good reason for that, being that the information is often unknown at the time the retainer is signed.

With the papers abuzz over tainted products from China, Ann Brown (former Consumer Products Safety Commission chair) and Pamela Gilbert (former CPSC executive director) lets rip in a harsh Washington Post op-ed that discusses, in part, why we have so little oversight (via TortsProf);

TortDeform’s Kia Franklin goes to battle against an article in American Magazine that advocates health courts, dismantling the arguments in: What’s The Real Crisis in Medical Malpractice Law? The Threat to Patient Safety;

Also on tort “reform,” the Chicago Tribune has an article stating that more medical malpractice insurers are coming to Illinois in the wake of litigation caps on recoveries to those most badly injured. Is anyone else shocked that, when corporate profits increase (on the backs of the injured and disabled), profit-seekers will come in? No word yet on whether insurance rates will actually go down (via Point of Law);

Before heading into the litigation section, Progressive decides it would be nice to slip its investigators into a church sponsored therapy group to investigate a car accident, and record the comments made by the group, and Hans Poppe reports on a PBS documentary on why insurance companies deny legitimate claims;

Into the start of litigation:

The Kentucky Law Review reports that the co-pilot in the Comair crash that killed 49 people in Lexington a year ago has brought suit, claiming poorly designed runway lights;

Charles Toutant at the New Jersey Law Journal has a piece on eight class action suits against Shering-Plough for the off-label promotion of some of its drugs, a policy that led to a whopping $435 million settlement of civil and criminal charges last year. Interestingly, they don’t deal with personal injury, but allege fraud under the New Jersey Consumer Fraud Act, unjust enrichment, civil conspiracy, common-law fraud and negligent misrepresentation. From the defense side, Michael Krauss opines on the subject at Point of Law;

Mark McKenna has the story of a $15M verdict from a defective motorcycle tire;

And the Ninth Circuit Court of Appeals dumps a $52M punitive damages verdict in White v. Ford and orders a new trial against the automaker. A third trial, Barry Barnett of Blawgletter tells us, as the first had been for $150M in punitives. Part of the problem, no doubt is that confusing decision of the Supreme Court in Philip Morris v. Williams that will plague courts for years to come.

At Overlawyered, Ted Frank points to a mere $4,100 in damages awarded by a German court to a man who had to have the top of his skull replaced with plastic because of a faulty hospital fridge, and says in his subject heading: One Reason European Healthcare Is Cheaper Than The American Version. Personally, I’d rather pay the few extra bucks and keep my skull;