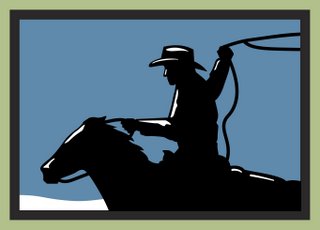 We start, as usual, with pre-litigation issues:

TortsProf Bill Childs discusses a man who died on the Coney Island Cyclone this summer. Or did he?

The failed tort “reform” experiment in Michigan was in the Detroit Free Press, and Tort Burger – Hold the Reform has the details;

But another type of “reform” has been percolating along, where state court actions get “preempted” by the federal government. Perlmutter and Schuelke have the details of tort “reform” by preemption. (Ironically advocated by those who usually argue about keeping the federal nose out of the state business. But political ideology often disappears when Fortune 500 companies have the checkbook out at election time.)

An article in the National Law Journal ponders whether the Bush administration is now targeting plaintiffs’ attorneys;

John Day (Day on Torts) reports on the tough jury climate in a case where a jury awarded zero dollars for pain and suffering despite a herniated disc with surgery and the defendant was at fault; But Ronald Miller (The Maryland Injury Lawyer Blog) has a different view, as seen through the eyes of a 28-year old article he was reading on the same subject;

And since we are talking herniated discs, if you need a refresher course or haven’t dealt with the subject before, David Gottlieb’s No Fault Paradise points to this site on disc anatomy;

Ted Frank at Overlawyered writes about lawsuits where the passenger was injured while sitting in a reclined seat. The comments section goes wild since the story doesn’t say how far reclined the seat was, giving everyone a chance to spin the story any way they want;

Moving on to the numerous recalls of painted children’s toys that originated in China, the New York Times reports that lead was used because (surprise!) it helped to increase industry profits;

Before moving to litigation, doctor/attorney Dainius A. Drukteinis (NY Emergency Medicine) analyzes the conflicting issues of a patient in handcuffs that has swallowed crack cocaine and a cop that wants his stomach pumped;

Of course, to have a trial you need a judge, and as readers of this space know, New York’s judges are woefully underpaid. And while New York’s Chief Judge Judith Kaye had threatened suit, she then backed down much to the disappointment of her judicial flock. But as Daniel Wise now reports from the New York Law Journal, that didn’t stop four other judges from suing this week for that pay raise, with Chief Judge’s Kaye former Associate Judge on the court, George Bundy Smith, acting as plaintiffs’ counsel. Matthew Lerner has a copy of the Complaint.

Now on to litigation:

Evan Schaeffer starts us off with practice tips on readying your trial notebook;

The Illinois Injury Lawyer Blog reports that a man shot to death by the cops (with 42 bullets) has been sued by one of them;

Showing up for trial is pretty important. And Hans Poppe has this legal malpractice story regarding a car accident, a $1.7M verdict, and the failure by the insurance company lawyer to even contact the defendant to let him know the trial was happening.

Michael Jeffcoat reports on a whopping $55M verdict for a 10 year-old girl catastrophically injured by a U.S. gov’t vehicle, awarded by a U.S. District Court judge;

In the Settlements Department, the ABA Journal reports that Roman Catholic Diocese of San Diego has agreed to pay $198 million to settle claims of clergy sex abuse by 144 alleged victims, following another settlement for $660M for 508 cases in July;

The ABA Journal also brings us this unusual $1.8M settlement from a Washington city, when a drunk driver they mistakenly released from jail killed a man in a hit-and-run accident;

Turning to legal fees, the Legal Pad reports some California courts are capping contingency fees on minors at 25%, a one-size-fits-all judicial rule that seems really bizarre since some cases may settle pre-suit and others may go to verdict, appeal and re-trial.

And to those celebrating the New Year, L’Shana Tova Tikatevu.