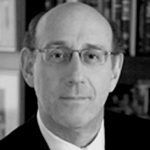 I didn’t feel like writing or talking yesterday about my experiences and feelings on September 11, 2001. I rarely do, even though I was in the city at the time.

But writing about the days after is something different. And in that regard, one lawyer I had the pleasure of meeting deserves a tribute: Kenneth Feinberg.

Feinberg was the Special Master that ran the September 11 Victim Compensation Fund and was responsible for establishing the awards for over 7,300 claims, including over 4,400 for physical injury. But he didn’t just administer the program. He actually conducted many of the hearings. From before dawn until after dusk, in cities throughout the country, he sat in rooms and personally listened to one horror story after another of broken families. According to the final report (p. 73):

During the course of the Fund, 3,962 hearings were held. Of these hearings, the Special Master conducted 931.

Feinberg didn’t just absorb the stories and make the financial decisions, but he also navigated through a ton of abuse from traumatized families due to the way Congress had so quickly set the fund up, which was beyond his control. How well did he do it? Charles Wolf, whose wife died in the north tower, was furious at the start and turned to the web to vent his feelings and rally anti-fund support, but then renamed his critical web site called “Fix the Fund” to “The Fund is Fixed!” He wrote to Feinberg,

“To have one of your sharpest critics follow through on a promise and not only join the program he was criticizing, but promote it to his peers, says a lot about you and the way you have adjusted both the program and your attitude. Today, I have complete faith in you.”

The fund was set up, if you recall, when the airline lobby raced into the Capitol to scream for immunity from litigation immediately after the attack, regardless of any negligent conduct they may have had that allowed the terrorists to breach their security. The planes had about $1.6B in insurance each, which was enough to cover people on the plane but not people or property on the ground. Bankruptcy was a real possibility.

Meanwhile, the American Association for Justice (ATLA at the time), under then President Leo Boyle, had called for a moratorium on any litigation as a result of the attack. When alerted to what the airlines were doing, they insisted to Congress that the injured and families of the dead should not be abandoned while a bailout was given to potentially negligent airlines.

Thus, the fund was born with an airline bailout on one hand, and guaranteed payments to the injured and families of the dead, regardless of fault, on the other. This deal came with the provision that if people participated in the fund they waived their rights to any lawsuit and waived any appeal of the fund’s decision. The fund had 98% participation. A few victims declined to participate and their trials will start shortly.

And in response to the formation of the fund, AAJ gave birth to Trial Lawyers Care. With over 1,000 trial attorneys from every state in the Union, it was the largest pro bono offer of legal services ever created. I was honored to have played a tiny part of this effort estimated at $200M in donated legal services.

I appeared before Feinberg in one of my two hearings — a woman from one WTC building with a head injury she incurred while escaping down a stairwell. And the one thing that occurred to me more than anything else as we sat there, was that he had to have extraordinary intestinal fortitude to listen to so many horror stories, day after day, week after week, month after month. The many boxes of tissues that stood at the ready in the hearing room spoke volumes.

And so I think it is fitting to tip my hat in Ken Feinberg’s direction. In fact, it is fitting for all lawyers to tip their hats in his direction. Not on September 11 when the victims are remembered. But for his contributions in the days after when he got to work.