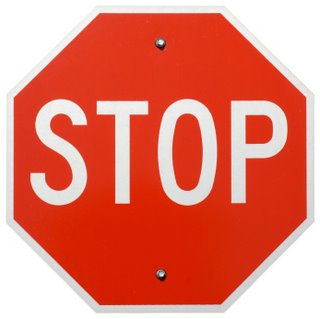 The calls come to me virtually every week from some website that advertises for lawyers and then sells or in some manner refers the names to attorneys. These sites, generally, offer to send leads from a geographical area that are typed into their site to an attorney in exchange for some kind of payment. The websites act as an advertising front for the firms, without their names being exposed unless an inquiry is made. And so the issue is: What type of ethical responsibility does the lawyer have for the advertising conduct of the service?

Today I’ll name names for what appears to me to be clearly unethical conduct.

Here are a couple of the cold-call tactics used to sell the business to attorneys:

One call from MalpracticeLawOffices.com started with this pitch, “I’m a representative of Google.com.” Now even I know that this must be false. And so the question immediately arose: If the salesman will lie, what other kinds of ethical breaches will occur while your law firm name is attached to their website? (I decline to provide a link, as I don’t want to help them improve their pagerank with Google.)

An attorney in the Bronx I spoke with told me of a company called AnAttorneyForYou.Com that came at him with this pitch: They would take a percentage of the fee for sending personal injury matters to him. The lawyer I spoke with (who asked to remain anonymous) then asked if they were attorneys themselves, since a fee sharing arrangement with a non-attorney is a clear ethical breach. The answer was no, they were not attorneys, and that this was simply a fee for the referral. When the Bronx attorney asked about the ethics of splitting a fee with a non-attorney, the response was a version of, “I only work here.”

Indeed, their own Disclaimer states:

The implications of attorneys outsourcing advertising to a third party that may be acting unethically represents an area of law that is unexplored by many ethics committees. The company itself is most likely not in your state and not subject to attorney disciplinary rules. So what forces the advertising company that the lawyer is using to act in accordance with local ethics codes?

The very act of engaging such an advertising service should subject the law firm to disciplinary action for any ethical violations committed by the non-attorney advertising company. With this threat hanging over the head of an attorney, it is unlikely they would take such risks with their licenses. It thus makes it impossible to turn a blind eye to any ethical breaches by any service that is used as a front for the law firms.

There is little doubt that if and when attorneys are called on the carpet for problems, they will simply play dumb and say they didn’t know. But that should not be an acceptable excuse. And this is a problem that should be nipped in the bud quickly.

adam winter and thomas dicicco: lying asshats of the day
today’s asshats of the day are adam winter and thomas a. dicicco, jr. of “web guardian” (i don’t know if it’s this webguardian, but it’s probably just a boiler room in boca raton). the first time adam called he gave his full name (”adam …
posted by Mark Bennett @ July 10, 2009 3:48 PM
is sueeasy the worst lawyer idea ever?
cross posted from new york personal injury law blog: when i first heard about sueeasy, i thought it was an april fool’s joke. but it was october when it first appeared as a development concept (see 10/23/07 post: so how did you find …
posted by Eric Turkewitz @ April 18, 2008 9:38 AM

4 thoughts on “The Ethics of Attorney Search Services”