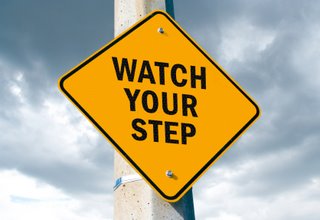 Seattle personal injury attorney Michael Meyers has admitted that the uses his “blog” for client solicitation, placing the names of accident victims in the subject heading in the hopes they will find the posts and hire him. The matter was covered last week by Kevin O’Keefe: Personal injury lawyer blogs injury victims’ names in hope they call his office. This follows on the heals of identical conduct in Missouri that Kevin and I both wrote about: Personal Injury Lawyer, Ryan Bradley, Using Blog for Blatant Solicitation.

This post now deals with the ethical issues of using a “blog” post as a form of solicitation by attorneys. I place “blog” in quotes since the ones I refer to aren’t really designed for discussion and commentary, and certainly don’t interrelate in any fashion with others. These web postings simply discuss routine accidents in the area, using as many names and buzz words as possible with the hope that the injured people, family or friends will find it and call.

While these lawyers are an embarrassment the profession, the question remains, is the conduct an ethical violation?

Approximately ten states have anti-solicitation rules of some type. New York dealt with this recently when a federal judge struck down in Alexanxder v. Cahill many of New York’s contentious new ethics rules. The decision discusses many of the anti-solicitation rules from other states. Notably these provisions in New York were left intact. The New York definition of solicitation (as opposed to ambulance chasing, which involves direct contact in person, by phone or by real-time electronic communication) is here:

N.Y. Comp. Codes R. & Regs. tit. 22, §1200.8:
(b) For purposes of this section “solicitation” means any advertisement initiated by or on behalf of a lawyer or law firm that is directed to, or targeted at, a specific recipient or group of recipients, or their family members or legal representatives, the primary purpose of which is the retention of the lawyer or law firm, and a significant motive for which is pecuniary gain. It does not include a proposal or other writing prepared and delivered in response to a specific request of a prospective client.(g) No solicitation relating to a specific incident involving potential claims for personal injury or wrongful death shall be disseminated before the 30th day after the date of the incident, unless a filing must be made within 30 days of the incident as a legal prerequisite to the particular claim, in which case no unsolicited communication shall be made before the 15th day after the date of the incident.

It would seem, therefore, that such conduct in New York would clearly be a solicitation and violate the rules.

Now Michael Myers of Seattle has admitted to solicitation, though he does so in Washington. He concedes at this post (link via a TinyUrl re-direct)* that he writes “with the intent of reaching accident victims or the people who care about them.” He says that “…I want them–or someone who cares about them–to call our office and get the help they deserve rather than being manipulated by a well trained adjuster to settle their claim short of full value. It’s as simple as that.”

The exact same logic, of course, can be used to trail an ambulance to the hospital door. At least he admits to being shameless.

The ABA’s Model Rules of Professional Conduct and the New York Lawyers Code of Professional Responsibility will govern the various states. All the state rules can be found here.

Under the model rules we head to section 7 to see what applies.

Rule 7.1 deals with false or misleading communication about a lawyer or the lawyer’s services. Nope, that doesn’t apply, since the postings simply relate the accident details and then scream, in one fashion or another, call me!

Rule 7.2: (a) Subject to the requirements of Rules 7.1 and 7.3, a lawyer may advertise services through written, recorded or electronic communication, including public media. OK, this is the place to be. It comes as no surprise that lawyers are allowed to advertise, but are these particular ones ethical?

Rule 7.3 deals with direct contact with a client. In essence, this is the definition of ambulance chasing:
(a) A lawyer shall not by in-person, live telephone or real-time electronic contact solicit professional employment from a prospective client when a significant motive for the lawyer’s doing so is the lawyer’s pecuniary gain, unless the person contacted: (1) is a lawyer; or (2) has a family, close personal, or prior professional relationship with the lawyer.

Every written, recorded or electronic communication from a lawyer soliciting professional employment from a prospective client known to be in need of legal services in a particular matter shall include the words “Advertising Material” on the outside envelope, if any, and at the beginning and ending of any recorded or electronic communication, unless the recipient of the communication is a person specified in paragraphs (a)(1) or (a)(2).

So while the conduct of the lawyer leaves much to be desired, it would seem to steer clear of these ethics rules. Whether a lawyer’s own jurisdiction has separate solicitation rules is another matter.

Now I know what you’re thinking. What of the First Amendment? The blog postings are written, after all, in the style of a news item. And there can be thousands of shades of gray in this arena as lawyers ostensibly write about a specific accident, and then write, “Oh, by the way, if you or a loved one has been hurt, blah, blah, blah.”

The Supreme Court weighed in on this subject in 1995 regarding a direct mail solicitation within 30 days of an accident in Forida Bar v. Went For It. The court determined that while attorney advertising is protected speech (Bates v. State Bar of Arizona), “[s]tates have a compelling interest in the practice of professions within their boundaries, and . . . they have broad power to establish standards for licensing practitioners and regulating the practice of professions. The Court also notted that the State has substantial interests in protecting the privacy of its citizens and guarding against the indignity and offense of being solicited for legal services immediately following a personal injury or wrongful death event.

But constitutional regulation doesn’t come easily in the fields of gray. And I think that not only don’t the current ethics rules govern the conduct, but even if they did, it would be relatively easy to write a news item in such a fashion as to place the blog posting in the gray area of what constitutes solicitation.

In the New York ethics decision from this summer that struck down as unconstitutional certain of the rules, but kept intact the anti-solicitation rules, Northern District Judge Frederick J. Scullin bemoaned the ethics issue in a footnote that, “Without question there has been a proliferation of tasteless, and at times obnoxious, methods of attorney advertising in recent years. New technology and an increase in the types of media available for advertising have exacerbated this problem and made it more ubiquitous.” He went on to write that, “As a result, among other things, the public perception of he legal profession has been greatly diminished.”

But identiying problems and offering solutions is another matter. Judge Scullin wrote, “Although the Court finds it commendable that the Appellate Division of the State of New York and the disciplinary committees that function on its behalf pursue ways to regulate the manner and means by which attorneys who choose to advertise may do so, they must be mindful of the protections such advertising has been afforded and take the necessary steps to see that the regulation of such advertising is accomplished in a manner consistent with established First Amendment jurisprudence.”

Does this mean that the conduct will continue and worsen? Not necessarily. For while Missouri lawyer Ryan Bradley and Seattle lawyer Michael Myers may choose to walk the undignified line they have drawn, others will no doubt write about the sleazy nature of blasting the names of victims in their headlines in the hope of being retained. And because others have written about it on the web, prospective clients that Google the offending attorneys (and that, after all, is how the prospective clients found them) will find these posts questioning their ethics. What the web giveth, the web also taketh way.

Other posts on the subject:

———————-
*This link is via TinyUrl. Often used in discussion forums to shortern cumberson URLs with a shorter link, it has the side benefit of masking the original URL of the offending post so that it will not get the benefit of any additional pagerank from Google.

4 thoughts on “Attorney Solicitation 2.0 — Is It Ethical?”