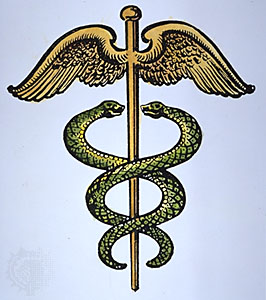 Is yesterday’s headline a real issue, is it a scare tactic from the Superintendent of Insurance, or does it come from the NY Sun taking something out of context to help push immunity legislation for doctors?

The headline in the Sun reads: N.Y. Doctors Could See $50,000 Fee: ‘Surcharge’ Would Rescue Malpractice Insurers.

The scary headline comes from an interview with Superintendent Eric Dinallo, who is running a task force to address the insurance “crisis” that hit when New York jumped its medical malpractice premiums 14% this year. The reasons for the jump are an issue I addressed earlier, and are a function of state mis-management during the George Pataki years (see: Why New York Medical Malpractice Insurance Jumped 14%.) Among the many reasons were artificially low rates (set by the state) and Governor Pataki taking (with legislative approval) about $700 million from a malpractice rainy day fund to help balance the state budget.

The screaming headline in the paper (front page, above the fold) it should be noted, had nothing whatsoever to do with rising malpractice claims or payouts. Those have remained stable for many years. No, the reason for the headline is the state-created shortfall, and the ways they are trying to fix the system they broke.

One method of trying to “fix” the system, of course, is to break it further by trying to blame lawsuits for the problem. We see these types of complaints all the time. If only the health care workers would be given some form of immunity for negligence, it is argued, all would be well with our health care system. Because, as everyone knows, nothing forces a person to act responsibly better than grants of various forms of immunity or protection.

Public Citizen recently put out a report on the faux crisis. It is a devastating indictment of the state’s mismanagement and puts to bed the phony claims that problems are related to lawyers and lawsuits. It also points the finger where it belongs and makes its own suggestions on how to remedy the problems.

Some more facts from the Public Citizen report:

The state’s Department of Health’s Office of Professional Medical Conduct has been notoriously lax when it comes to doctor discipline. Just last month it was revealed that it waited three years to alert hundreds of people that a doctor had been reusing syringes with multi-dose vials, thereby contaminating the vials and exposing hundreds of people to infections. According to the Public Citizen study, New York’s comptroller found that the Office of Professional Medical Conduct failed to investigate about 175 doctors for whom investigations should have been triggered based on the agency’s existing criteria.

Frankly, if we have an insurance crisis because the state took $700 million to balance the budget in tough years, and we have a small percentage of doctors responsible for so much of the damage, then it is a no-brainer on how to equitably fix the problem. It isn’t by a $50K surcharge on doctors, a scare tactic if ever I saw one. And it isn’t be restricting access to the courts for those that have been injured by negligence.

It’s by doing two basic things: Taking the money back from the general fund where it had disappeared to and investigating the few bad doctors that do so much of the damage and putting them out of business. It means a responsible government engaging in good health policy by policing the medical force and using sound budgetary policy instead of shell games.

Fault here lies not with the vast majority of doctors, nor with the patients that were injured or their representatives. It lies with former governor and the legislature. The problems have been identified and the proper solutions offered. The state should do the right thing and fix the problem appropriately, without injuring those that are most involved.

grand rounds
grand rounds vol 4 number 15, welcome to south africa. and a happy new year to all!! rlbates is suturing for a living. she gives an informative overview on post hematoma in plastic surgery. how to decrease the chances. …
posted by Bongi @ January 01, 2008 12:13 AM