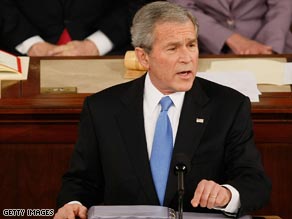 When I wrote this morning that Bush complained, once again, about “junk medical lawsuits” in the State of the Union, I wrote that he never cites any studies to support the claim. Nor for that matter, do tort “reformers.” Ted Frank jumped up at Point of Law to claim, however, that a study reveals that 28% of patients who suffered no medical error received compensation. So let’s look at the study he cites to that was published in May 2006 in the New England Journal of Medicine, which was conducted by the Harvard School of Public Health and the Harvard Risk Management Foundation (Claims, Errors, and Compensation Payments in Medical Malpractice Litigation). But I’ll give you a quick peak at the conclusion: The authors clearly disagree with Ted as to whether there is a problem of frivolous medical malpractice suits.

My perspective in doing this analysis is 20 years of doing mostly medical malpractice cases, having reviewed hundreds of filed cases (and vastly more of potential claims that were rejected), deposed many hundreds of medical witnesses and tried my share of cases. Ted brings to the table a career in academia, BigLaw and conservative think tanks. That doesn’t make either one of us right or wrong, it just shows our perspective.

In looking at how the numbers were arrived at, the first thing that jumped out at me from the study is the fact that the analysis was from the perspective of the defendant doctors/hospitals since closed insurance company claims files were the source of the materials the investigators used. This meant, almost by definition, that the defense claims will be more fully presented in the files than the plaintiffs’ claims.

Take this simple example: A woman complains of a hard lump in the breast at a January exam. The lump is dismissed by the doctor as fibrocystic disease, and that note is made in the chart. A year later, the lump is finally biopsied due to continuing complaints and the cancer is found. The patient says one thing about that January visit while the doctor, relying on her notes, says something else.

Thus, a finding of liability by an investigator is damning in any one particular case because it is likely based on the records, but a finding of no liability does not carry the same weight. Why? Because many cases present raw issues of fact that can’t be decided by a review of files such as the breast cancer case above. A doctor says one thing and a patient says something else. If the medical notes are skewed, they are skewed toward the defense. (The authors concede this problem, writing: “Agreement was especially difficult to obtain among claims involving missed or delayed diagnoses.”)

Resolving these disputed issues of fact is a jury function. They do their best by looking people in the eye when they testify to make their determinations in conjunction with direct and circumstantial evidence mustered by both sides. It may take anywhere from several days to several weeks to hear that evidence.

But these investigators, the report authors wrote, spent just 1.6 hours per claim. Just 96 minutes to read the medical chart (and decipher the handwriting), claims memos, deposition transcripts and other evidence? That’s one way to get a skewed result. How, exactly, were the investigators to evaluate a doctor that kept giving evasive answers? Or a plaintiff that did the same? The reviews are only as good as the information being reviewed.

The reviewers, it should be noted, had a high confidence rate for their results in only 44% of the cases. There was 30% with moderate confidence and 23% were close calls.

According to the researchers, therefore, there was a payment in the absence of error just 10 percent of the time when looking at 1452 cases. How did Ted get the 28% number above? Because he elected to work only from the smaller subset of 515 “no error” cases instead of the entire pool, and the 145 payments made. That gets filed in the Fun With Numbers Department.

According to the researchers, even with imperfect information it appears that the existing medical malpractice liability system works well.

But don’t take my word for it. The two conclusions of the study, done by doctors not plaintiffs’ attorneys, and you can read the study yourself, were:

I find it odd that Ted would cite to the study, since the authors have stated quite bluntly that his portrait of a system stricken with frivolous litigation is overblown and that the system works reasonably well. Was this some type of Orwellian up-is-down reformspeak?

Finally, Ted writes in his piece that, “perhaps Turkewitz sincerely thinks that the plaintiffs’ lawyers’ decision to bring a lawsuit is little better than a coin-flip in determining whether a doctor committed medical error.” For the record, I have never said anything even remotely like that. I have, however, said the exact opposite on how such cases should be approached in order to lower the risk of inadvertently taking on a bad case. My views on the vetting of medical malpractice cases as well as the brutal economics involved in such cases might make for better sources of material if one needs to attribute thoughts to me. This is especially true since juries tend to favor doctors.

Given that, according to the study, the “non-error” claims were more likely to go to an expensive trial, significantly less likely to result in compensation, and when compensation was paid it was significantly lower than average, only the biggest of fools would bring a claim that they thought was without merit. Such a course of conduct would quickly lead to bankruptcy for the attorney.

See also regarding this study: