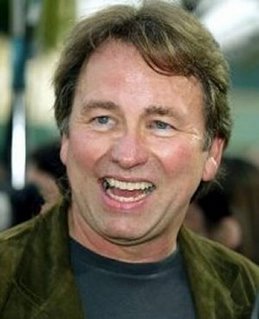 Four years ago comic actor John Ritter suddenly died from an aortic dissection after being rushed to the emergency room from the set of his sitcom, 8 Simple Rules … For Dating My Teenage Daughter. A medical malpractice action ensued. The defendants include a radiologist that did a scan two years before and failed to note any enlargement of the aorta in the 54-year old actor, and a cardiologist that saw him in the emergency room at Providence St. Joseph Medical Center in Burbank, California.

According to this story in USA Today:

[T]he cardiologist [was] summoned to the emergency room at Providence St. Joseph Medical Center in Burbank after Ritter was taken there complaining of nausea, vomiting and chest pain. Plaintiff’s lawyers say a chest X-ray should have been performed before Lee treated Ritter.

The doctor’s lawyers say that there wasn’t enough time for that and that a chest X-ray ordered earlier inexplicably was not done. They say Ritter’s symptoms were more consistent with a heart attack than anything else and had to be treated quickly.

Kevin M.D. has previously written on this case. But, not being in the courtroom, he has to work from public accounts. He offers us this along with a longer analysis at the link:

Was it malpractice? Tough to say. The question I’d be interested in would be how long it took for the ER to order that chest CT scan.

His family says that he likely would have survived with prompt treatment and that the treatment for the aortic dissection is the opposite of treating him for a heart attack. The hospital, by the way, has already settled.

My personal view: Suits against emergency departments are very difficult, though not impossible. Jurors will, if given half a chance, give the benefit of the doubt to emergency room physicians, often times even if their own protocols are violated. I have no idea what will happen in this particular case since I won’t be in the courtroom hearing the evidence, but I say with some confidence that the scenario presented in the news media presents a difficult factual pattern if the hospital was the culprit in failing to get the CT scan done.

With respect to the radiology films from two years earlier, that will be a classic “battle of the experts” that cannot be evaluated by people outside the courtroom unless they have seen the actual films at issue.