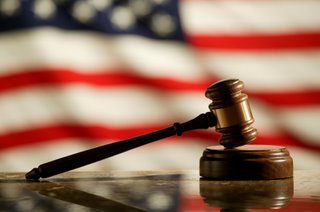 In the New York Times, Adam Liptak writes that in Europe punitive damages are not viewed the same way they are here (see: Foreign Courts Wary of U.S. Punitive Damages). The idea of punitive damages “was so offensive to Italian notions of justice that it would not enforce [an] Alabama judgment” in a case Liptak uses to illustrate the point.

In the U.S., of course, punitive damages are a crucial part of our judicial system, where private litigants can punish others for reckless wrongdoing that causes injury. Not so elsewhere, where the idea of punishment and deterrence is strictly a government function. The essence of Liptak’s piece is this:

Most of the rest of the world views the idea of punitive damages with alarm. As the Italian court explained, private lawsuits brought by injured people should have only one goal — compensation for a loss. Allowing separate awards meant to punish the defendant, foreign courts say, is a terrible idea.

Punishments, they say, should be meted out only by the criminal justice system, with its elaborate due process protections and disinterested prosecutors.

Why the difference? I think it’s easy. America was founded from the time of the Revolution on limiting the power of government. The political tension between those that want larger government and those that want smaller is seen to this day, and will likely be seen so long as the republic exists. It is seen every time the issue of taxes is broached, for example, because larger government means more payments to government employees, and the money has to come from somewhere.

While I don’t profess to be a scholar of European governments, I think most would agree that they are significantly more interventionist in the private lives of the people than here. You see that in nations that restrict free speech or grant universal health care, as two examples. Our notions of freedom are not always the same as elsewhere.

Intervention means not only larger government with larger powers. It also means higher taxes to pay for it. So wrongdoing is handled by the government, which the people pay for.

While comparing tax rates is exceptionally difficult because of all the exemptions and complications, not to mention state and local tax issues, I see that the top rate in Italy is 43%. Our top rate is 35%. And Italy isn’t spending bazillions on two wars. A comparison of tax rate changes in the 80s and 90s can be seen in this government report (chart on p. 17). We are clearly at the low end of industrialized nations, despite our significantly higher military expenditures.

So we could, in theory, create criminal penalties to take the place of civil wrongs, and spend much more on criminal prosecutions of those wrongs as they do elsewhere. But we have to pay for that, and money has to come from somewhere if you care about fiscal responsibility.

Now here is the irony in this: Those that want to kill off punitive damages in the U.S. come from the right side of the political spectrum. But in doing so, they are not advocating changes in laws to criminalize civil wrongs and increase taxes to pay for enforcement.

It seems to me that a little ideological consistency is in order, because all I see when arguments pop up for eliminating punitive damages, is hypocrisy.

Your thoughts on the subject are welcome in the comments….

3 thoughts on “Punitive Damages: Why America is Different than Europe”