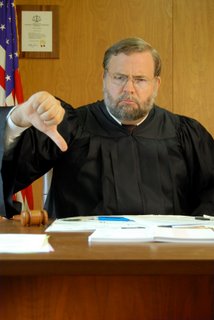 If you haven’t heard about Kathleen Seidel, you will now. She’s a New Hampshire blogger and writer about issues of autism at her site Neurodiversity. And while she has no direct connection to the Virginia lawsuit Sykes v. Bayer, plaintiff’s counsel Clifford Shoemaker has nevertheless hit her with a subpoena.

I don’t generally like to write “me too” posts for things broadly covered by others. But when some piece of abusive conduct takes place within the legal system — one that not only affects the individuals involved but can set ugly precedents for those of us that write freely under the protections of the First Amendment — then my reticence to type must be supplanted by an emphatic joining of the chorus of condemnation.

Just to be clear here, this post isn’t about whether the underlying lawsuit is a good one or not. The suit apparently deals with whether mercury additives to vaccines caused the plaintiff’s autism. I haven’t read it. This is about going after the citizen-journalist for having the audacity to speak freely on a subject.

She has produced her own motion to quash the subpoena. And here are the nuts and bolts of Shoemaker’s outrageous demands, made merely because she is writing on the subject:

The subpoena commands production of “all documents pertaining to the setup, financing, running, research, maintaining the website http://www.neurodiversity.com” — including but not limited to material mentioning the plaintiffs — and the names of all persons “helping, paying or facilitating in any fashion” my endeavors. The subpoena demands bank statements, cancelled checks, donation records, tax returns, Freedom of Information Act requests, LexisNexis® and PACER usage records. The subpoena demands copies of all of my communications concerning any issue which is included on my website, including communications with representatives of the federal government, the pharmaceutical industry, advocacy groups, non-governmental organizations, political action groups, profit or non-profit entities, journals, editorial boards, scientific boards, academic boards, medical licensing boards, any “religious groups (Muslim or otherwise), or individuals with religious affiliations,” and any other “concerned individuals.”

She has argued First Amendment protection and journalistic protection among other factors. I urge you to read the link above for her self-drafted motion to quash.

But there is one thing she didn’t do, and I suggest it here. She didn’t explicitly ask for sanctions. But that should not stop a judge from imposing them, even if the growing chorus of blogospheric condemnation makes Shoemaker rethink his strategy (and his Google reputation) and withdraw the outrageous subpoena. A litigant need not ask for sanctions under Rule 11 for the court to act.

Under Chambers v. NASCO, decided by the Supreme Court in 1991, the court held that because federal courts have the inherent power to manage their own proceedings and to control the conduct of those who appear before them, they also have the inherent power to punish conduct which abuses the judicial process. This may occur when a party has acted in bad faith, vexatiously, wantonly, or for oppressive reasons. And that seems to fit the bill here when a litigant goes after a non-litigant with a subpoena that he knows cannot stand scrutiny.