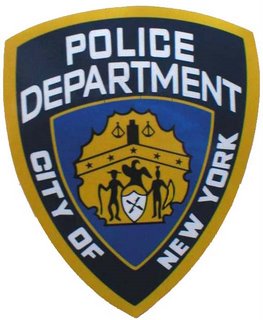 You have to see it to believe it. One of New York’s Finest, while monitoring a monthly demonstration that favors bikes over cars, simply walks over to a cyclist and clobbers him. If I didn’t see it on video, I wouldn’t believe it. Worse yet, the cop then arrests the bicyclist for attempted assault, disorderly conduct and resisting arrest.

First, the video (with a hat tip to Simple Justice and Concurring Opinions):

Perhaps even more incredible than the flat out assault on the rider is that apologists have started to come out of the woodwork because, you know, for some people cops can never do wrong. Here is the New York Post’s pathetic attempt to defend the indefensible:

It looks like one thing led to another Friday, and the unidentified officer seemingly pushed a Critical Mass rider to the ground as the group snaked through Times Square.

And, since the rider got a traffic ticket and was cited for resisting arrest, there may be more to the story than what’s on one online video.

Seemingly pushed? That reminds me of Groucho Marx: “Who you gonna believe, me or your own eyes?”

And “Nobody was hurt” is now a justification for assault by the police? The rider, now identified as Christopher Long, could have broken his neck with that fall. Why do I think that if the spouse of the unnamed editorial writer was the victim, s/he might be singing a slightly different tune?

And “there may be more to the story?” Good grief. If there was more to the story — if Long was a trouble-maker that the cops were looking for — you wouldn’t see the other cop in the video just standing there. The two would have cornered and held Long.

And if the video isn’t enough to convince the Post, maybe they should look at the flat-out lies Pogan made about the incident in the supporting deposition that he gave about the Long arrest, where he claimed that Long deliberately rode into him (click the image below to enlarge):

Obviously, the video shows Long doing exactly the opposite, trying to steer away from Pogan as Pogan started walking into a path that would intercept Long.

And here’s the really interesting part: The cop did this in full view of a big NYC crowd. And yet still believed he could get away with it. And without video, there is a good chance he would. Because what jurors — unless they happen to be defense lawyers in which case they would get booted from the jury panel — would believe a cop would act that way?

With a little bit of luck, the cop will not only be arrested, but a civil suit will be brought. And perhaps, and I know this is fanciful thinking, other cops will actually start to get rid of bad apples as they tarnish the names of the good ones.

And regarding a new police beating video that has surfaced:

Updated: Scott Greenfield has a piece on how this case would have likely wound its way throught the criminal courts if there were no videotape: Follow-Up on the “Big Shove”