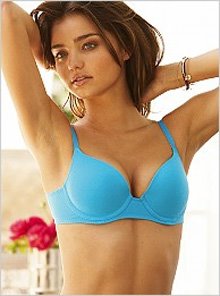 Victoria’s Secret may have a secret you didn’t know: Some of its bras are made with formaldehyde. A class action suit has been started for rashes they caused. The line for jury duty starts behind me;

The fake New York Times has a real website, in case you missed the July 4, 2009 news of the Iraq war ending, Condoleezza Rice apologizing for the WMDs, the indictment of George Bush for treason, and the resignation of Tom Friedman.

[Added] A confidential informant reminds me that today is “Felix Unger Day:”

“On November 13, Felix Unger was asked to remove himself from his place of residence. (Unger’s unseen wife slams door. She reopens it and angrily hands Felix his saucepan) That request came from his wife. Deep down, he knew she was right, but he also knew that someday, he would return to her. With nowhere else to go, he appeared at the home of his childhood friend, Oscar Madison. Sometime earlier, Madison’s wife had thrown him out, requesting that he never return. Can two divorced men share an apartment without driving each other crazy?”

The Health Wonk Review is up at the Colorado Health Insurance Insider;

Ron Miller has advice for doctors in medical malpractice suits about how to answer questions. Some docs have been advised to fight with the plaintiff’s lawyer, which Miller thinks isn’t such a hot idea;

The American Association of Justice has released this report: Tricks of the Trade: How Insurance Companies Deny, Delay, Confuse, and Refuse. From the summary:

Some of the nation’s biggest insurance companies — Allstate, AIG, and State Farm among others — have denied valid claims in an attempt to boost their bottom lines. These companies have rewarded employees who successfully denied claims, replaced employees who would not, and when all else failed, engaged in outright fraud to avoid paying claims.

Related to the above is my own post from March 26, 2007: Conseco Insurance Scandal Follows Movie Plot;