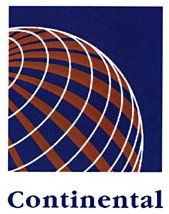 A new website has been established by a Chicago law firm to solicit the family members of the crash near Buffalo New York last week. It is the Ribbeck Law Firm, founded by Manuel von Ribbeck. This is the web site’s home page (www.continental3407.us/index.htm) with a snapshot of the page at about 1:50 pm today: /Flight3407WebSite.pdf Other lawyers have been found to be using Google Adwords to solicit readers to their websites with the search term “Flight 3407,” while keeping that search term out of the ad itself.

(I had previously discussed how this air disaster would test New York’s new 30-day anti-solicitation rules.)

The lawyers at Ribbeck express sympathy for the victims at their new site, and then invite relatives to contact them with this come-on from partner Monica Kelly:

You can find the ad when you Google Flight 3407 (/Flight3407GoogleSearch.pdf), and you will also find another Chicago firm popping up, The Nolan Law Group. The Google ad link for Nolan brings up this following image as of 1:56 p.m. today under a banner that states, in part, “Free Case Evaluation” (though the banner doesn’t turn up in the pdf: NolanLawGroup2%3A16@1-56pm.pdf The juxtaposition of an “article” on the crash with “Free Case Evaluation” speaks volumes, to me, of the intent of the web site. (h/t Jennifer Liddy in the comments of prior post.)

A third out-of-state firm, The Gibson Law Firm of Houston, has also started running Google ads that respond to the Flight 3407 search inquiry:/Flight3407Search2%3A16@2-53.pdf Hitting the ad brings us to this page /GibsonLawFirm2%3A16@2-56pm.pdf with stuff written about the crash next to a sidebar that offers “Have your case reviewed today.” Gibson even goes so far as to claim that the Continental crash is one of their “practice areas.” /GibsonPracticeAreas.pdf

All of this is the type of stuff that New York’s new ethics rule was designed, I think, to combat. The ethics rules also clearly apply to out-of-state attorneys:

By soliciting for a New York accident it would seem to make any potential defense that New York has no jurisdiction over them particularly difficult.

Also on the list Google search list is the office of Jonathan Reiter, who had previously had an ad up with a specific reference to the flight, and then had it pulled down when he was alerted to my blog posting. The ad still pops up, though, with a search of “Flight 3407,” which seems to indicate an attempt to coax victim’s families to the site without explicitly stating the name of the flight in the ad.

As I noted in that prior post, when marketing and ethics are entwined, then outsourcing the marketing results in an outsourcing of ethics. Any firm that doesn’t have an admitted lawyer directly overseeing every marketing decision runs the risk of a mistake that can ruin a career.

It’s also worth noting that there are federal penalties for soliciting after air disasters (though I have confined all prior discussion to New York’s ethics rules and how they come into play regardless of the type of disaster). Federal law prohibits solicitations within 45 days. As per 49 U.S.C. 1136 (G)(2):

(2) Unsolicited communications.– In the event of an accident involving an air carrier providing interstate or foreign air transportation and in the event of an accident involving a foreign air carrier that occurs within the United States, no unsolicited communication concerning a potential action for personal injury or wrongful death may be made by an attorney (including any associate, agent, employee, or other representative of an attorney) or any potential party to the litigation to an individual injured in the accident, or to a relative of an individual involved in the accident, before the 45th day following the date of the accident.

This law was passed in the wake of TWA Flight 800 crashing off the coast of Long Island. You can read background on the history of the law here. The issue here will be whether running ads on Google constitutes a “solicitation.”

What state and federal authorities intend to do with these people remains to be seen. Clearly, it seems, as lawyers try to fuzz the line of solicitation, then First Amendment battles will come to the forefront. There is one currently pending before the Second Circuit, which I previously discussed regarding some of the ways that marketers might try to beat the rules and the First Amendment issues that they create: New York’s Anti-Solicitation Rule Allows For Ethics Laundering and Must Be Modified.

The caption of the webpage is this: Buffalo NY Plane Crash Involved Turboprop Plane: We have aviation attorneys with experience in plane crash claims involving turboprop aircraft.
The page is here: /BuffaloPlaneCrash–CliffordLaw.pdf

And as a refresher, this is the definition of solicitation in New York according to Ethical Consideration (EC) 2-18 of the Code of Professional Responsibility:

A “solicitation” means any advertisement:
a) which is initiated by a lawyer or law firm (as opposed to a communication made in response to an inquiry initiated by a potential client);
b) with a primary purpose of persuading recipients to retain the lawyer or law firm (as opposed to providing educational information about the law) (see EC 2-6(c));
c) which has as a significant motive for the lawyer to make money (as opposed to a public interest lawyer offering pro bono services); and
d) which is directed to or targeted at a specific recipient or group of recipients, or their family members or legal representatives.

It is clearly my opinion that, in using “Buffalo” and “Flight 3407” in Google Ads, as it appears is happening, that the “primary purpose” of the ads is to persuade the targets to retain the firm.
————————————-
2/17/09 Update: DC Firm Jumps Into Cyber-Solicitation Fray, Chasing Buffalo Air Crash Clients

blawg review #200
could this be the end of the line? when we started blawg review with the question, “do you blawg?” in 2005, who would have thought this traveling carnival of law blogs would still be alive 200 weeks later? …
posted by Editor @ February 23, 2009 12:00 AM
february 19 roundup
surprising origins of federal corruption probe that tripped up luzerne county, pa. judges who were getting kickbacks on juvenile detention referrals: insurers had noted local pattern of high car-crash arbitration sums and sniffed …
posted by Walter Olson @ February 19, 2009 1:04 AM
Unethical Ambulance Chasing?
In the past I talked about Wisconsin personal injury attorneys sending letters to recent car accident victims, similar Wisconsin law firm’s letters, and accident lawyers who post about recent accidents. In the newest twist, …
posted by Frank Pasternak @ February 19, 2009 12:05 AM
ny attorney ethics…
blogger eric turkewitz of the the new york personal injury law blog had an interesting post about attorney ethics and ads on the internet. this post specifically dealt with attorney ads after the buffalo plane crash. …
posted by Colleen Ostiguy @ February 17, 2009 10:33 AM