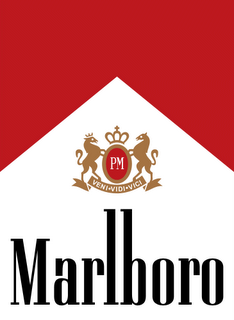 And so it ends. Not just the matter of Williams v. Philip Morris that had been up to the Supreme Court on three different occasions. But going down the tubes with Philip Morris was the spurious argument advanced by defendants that the Supreme Court was going to artificially limit punitive damages to a 10:1 or 3:1 ratio when compared with compensatory damages. The compensatory damages here were $821,000 and the punitive damages were $79.5M.

When I wrote about this case a year ago (Philip Morris $79.5M Punitive Award Reinstated By Oregon High Court), I said:

A $79.5M punitive damage award against Philip Morris in a smoker’s case has twice been tossed out by the U.S. Supreme Court and sent back to Oregon for reconsideration. Now, for the third time, the Oregon Supreme Court has upheld the blockbuster award in Philip Morris v. Williams. The news story is here. The decision is here. And as I explain below, if it should go back up to the Supreme Court a third time, Philip Morris will likely lose if the court addresses the size of the award.
…

The reason I believe the almost 100-1 ratio will stand is set forth in this analysis I did in February 2007 in the wake of the last remand by the Supremes back to Oregon:
Philip Morris Punitive Damages Decision — Why It Was Good For Plaintiffs

Defendants had long argued that, based on conflicting commentary out of the high court, that large punitive damage awards would not withstand judicial scrutiny.

Now, as a result of the dismissal of the appeal, defendants are stuck arguing that the failure by the high court to decide this third appeal will simply mean it is without precedential value.

But every judge in the land that confronts the issue will know that the court let this punitive damage award of almost 100:1 stand, and will no doubt be guided accordingly.

This is a big loss for big business, as the courts will not be protective of those that hide or obscure the dangers of their products, to the detriment of others.

Here is the case history: