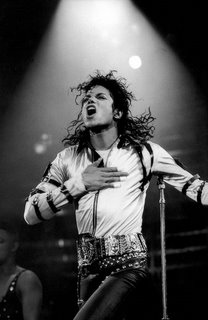 With Michael Jackson’s sudden death yesterday at 50 have come swirls of rumors about prescription medications he was taking for dancing related injuries. And if toxicology tests show over-medication being a substantial cause of death, that leads to the inevitable questions regarding potential medical malpractice as well as potential criminal liability.

So these are the issues and questions that would/should float about if those rumors prove accurate:

1. Were the medications all provided by a single doctor? If the self-proclaimed King of Pop was getting all the medication from one place, then the prescribing doctor ought to have a good lawyer due to issues of criminal prosecution (possible but unlikely), action against the medical license (much higher probability) and civil suit (discussed below).

2. If there was more than one doctor, did they know about each other and what the other was prescribing?

3. Did all the drugs all come from one pharmacy? Did that pharmacy have an internal system to tickle the pharmacist if there is an inordinate amount of medication going to one person or that some of the drugs are contraindicated given the other meds? If so, did that pharmacist make a call to the doctor(s) issuing the prescriptions?

4. Where were the prescriptions written and filled? This would be a jurisdictional issue that could be particularly important for a pharmacist, who may have immunity if s/he simply followed the doctor’s orders. There is no way to know at the moment if the drugs were prescribed, or even filled, in the U.S. given that Jackson spent a substantial amount of time overseas.

5. Who has standing to bring such a suit? That is a two-part question, as his personal property may be governed by an executor or administrator. But he also has three kids that are all minors and need a legal guardian. Will the mother of two of them, who reportedly gave up legal rights to the kids, be seeking that position in a fight with family members? (This also assumes proper paternity.)

6. From the point of a medical malpractice suit, does it even matter? Jackson was allegedly in debt to the tune of over $300 million, though I suspect a forensic accounting may take some time. But if this was the case of one or two doctors/pharmacists, then there would likely not be much more than a million dollar (or two) insurance policy. When you are that steeply in hock, a malpractice suit may be too insignificant to matter (assuming a limited insurance policy). The estate’s executor and creditors may be unlikely to have an interest, concentrating on the big picture.

7. You can toss out #6 above if the investigating authorities make a slam-dunk decision on liability. That makes a lawsuit easy, and no one would give up an easy million if it were there.

8. In a wrongful death suit, by contrast, the losses suffered by the children would likely go directly to them, bypassing the estate. And if the estate itself is bankrupt, then the kids might actually need the money depending on how Jackson managed his affairs and the nature of any trusts he did (or did not) set up for his children. You’d like to think he was a savvy music mogul, but if he also saw himself as a forever young child, then estate planning could well be something he put off for the future. No one really likes to make decisions about their death, least of all someone with a child’s view of the world.

Best guess from my perch in the cheap seats: 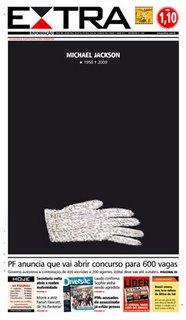 A. Criminal liability is the big concern if there was one doctor prescribing a bucket load of drugs to Jackson without having the nerve to cut off the famous patient. While prosecutors don’t generally bring these kinds of actions, they also don’t usually deal with such a high profile figure. That could alter the decision-making process of prosecutors. That doctor would also have separate licensing concerns.

B. Civil liability in a medical malpractice suit on behalf of the estate is not likely to garner much of a return relative to the debt. It only comes if authorities find an easy case against someone.

C. The kids will pursue a wrongful death case (via their guardian, whoever it may be) only if: Jackson failed to provide for them; there is little left in the estate after the creditors tear it to pieces; and the case is an easy one.

why the michael jackson wrongful death lawsuit may be worthless….
well, it hasn’t been filed yet, but there’s no doubt its coming– a wrongful death lawsuit by the estate of michael jackson. some lawyers are calling it the “mother of all medical malpractice lawsuits.” …
posted by hans@poppelawfirm.com (Blog Author)15999 @ July 28, 2009 9:00 AM
personal links: july 4th weekend edition
if you have any suggestions for links, send me an email, i’m all ears. maryland specific links are at the bottom: the new york times reports that general motors will continue to have responsibility for products liability lawsuits filed …
posted by @ June 30, 2009 9:53 AM
friday follies 1.5
a few more michael jackson law-related (at least tangentially) headlines: what will happen to michael jackson’s kids? and michael jackson: the mother of all malpractice suits? (via) and, of course, michael jackson’s will: the details, …
posted by Tim @ June 26, 2009 5:44 PM

7 thoughts on “Michael Jackson: The Mother of All Malpractice Suits?”