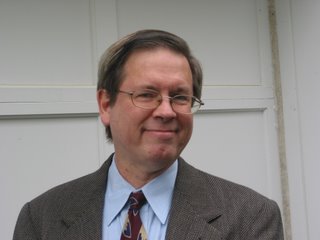 Overlawyered today celebrates its 10 year anniversary, making it the longest legally-themed blog around. It has also provided me with one of the biggest surprises that I’ve experienced, and invaluable lessons about how to blog.

Its proprietor, Walter Olson, uses the site to document the high cost of litigation. He has his conservative political views, which are often diametrically opposed to mine. In fact, if the proposals of the Manhattan Institute (where he is a fellow) were followed, the rights of many (if not all) of my clients would likely be eviscerated. That means we knock heads every so often, as I do with his co-blogger Ted Frank.

And despite this, while still in my rookie year blogging, he added me to the blog roll of his site. I wrote at that time, back in August 2007:

When pigs fly, I hear you say.

Would the oldest legal blog in America — dedicated to documenting the high cost of our legal system and, perhaps, savoring some of the outrageousness that exists (Pants Pearson, anyone?) for the anecdotal benefits — actually add a dyed-in-the-wool, 100% personal injury attorney to their blogroll? An individual that takes tort “reformers” to task every so often? One who is a guest contributor at Overlawyered’s arch nemesis, TortDeform? Well, yes. They would.

And he didn’t just add me to his blog roll, but he links to me with some frequency sending me a steady source of readers. And those links don’t just come in where I agree with him about a suit that was stupidly brought — and in a nation of 300 million that will happen with some frequency — but more often when I disagree with him on an issue. He is telling his own readers: And for the opposing view, see this post from a PI guy.

Lesson learned. Don’t ignore opposing views. Read them, consider them, and respond to them if you wish. It is the ideas that matter. Same as in the courtroom.

Another lesson is that he has never once made a personal attack, despite all my criticisms. Which is also something that every legal battle should embrace. Respond to the message, not the messenger. Judges hate personal attacks.

And another lesson: Admit mistakes when they happen. You can’t be constantly writing in the blogosphere, often quickly and with little editing, and not make mistakes. At his sister site, Point of Law, he showed the way mistakes are rectified.

And so, a tip of the hat today to Walter Olson. Not just for figuring out this blogging thing faster than any one else, but for doing it with class and style.

4 thoughts on “Congratulations to Overlawyered”