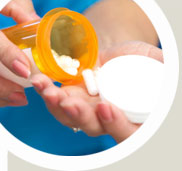 It’s been awhile since I’ve written on this subject, but the appearance this month in Smithsonian Magazine of a long article on the subject pulls the topic out of hibernation. That counterfeit drugs make up a stunning 50% of the drugs in some places in the world boggles the mind, and speaks to the dangers in the US of infiltration of our markets.

It also speaks to the miserable state of our law with respect to investigating and tracking fakes. It was over 20 years ago that Congress passed the Prescription Drug Marketing Act that was designed, in large part, to track the pedigree of our nation’s pharmaceuticals so that we could tell where they came from, much the way blood products or airplane parts are tracked. It still has not been fully implemented.

And it was six years ago that a Florida grand jury concluded that “an alarming percentage of the drugs flowing through the wholesale market have been illegally acquired. That is, they have been stolen from shipments, pharmacies, clinics, and hospitals; purchased on the black market from recipients and health care professionals who are defrauding insurance companies or Medicaid with bogus prescriptions; or illegally imported from overseas.”

And now this week Time has an article on How to Stop the Counterfeit Drug Trade.

My interest in the subject dates back to 2002, when I started representing Tim Fagan, who had been injected with counterfeit Epogen after an emergency liver transplant at the age of 16. I put up a counterfeit drug resource page at my website to give some of the background on the problem, and continue to write about it in this blog. That lawsuit contributed in large part to significant changes in how drugs are distributed in the country, and it shined a spotlight on a large gray market of secondary wholesalers that pedaled prescription drugs in this country with little oversight. As a result of the suit, and the press, much of that gray market has been eviscerated.

Unmentioned in the Smithsonian and Time articles, however, is pending legislation by Representative Steve Israel named after my client (and his constituent): Tim Fagan’s Law. Passage of the law would be a good way to bring safe prescription drugs to our pharmacies.

With such spectacular quantities of counterfeits being sold throughout the world, there is little doubt that they will be sold on our shores. (Tim’s fakes were home-grown, not imported.) And since some fakes are nearly impossible to detect by the average consumer, and even by many pharmacists, sophisticated law enforcement is a key element in protecting the nation.

As Willy Sutton may have said about robbing banks, he did it because that was where the money is. Given the vast profits to be made in counterfeit drugs, we must assume that criminals will pry open any window they can to get into the pharmaceutical distribution system. And we need vastly better law enforcement and FDA oversight to combat those dangers.

Blawg Review #234
Sociologist Elise Boulding has said that we live in a “200 year present,” a “social space which reaches into the past and into the future” — a space in which “we can move around directly in our own lives and indirectly by touching the …
posted by vpynchon@settlenow.com (Victoria Pynchon) @ October 17, 2009 8:22 PM