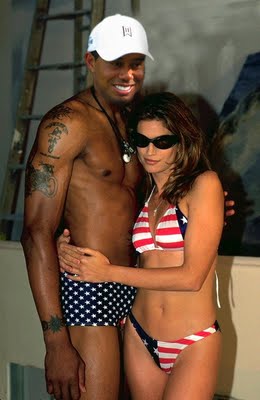 Tiger Woods is providing a feast of legal issues as he swiftly morphs from choir boy to bad boy.  And in the process he opens up a veritable bar exam full of questions.

Since at least half of lawyering is first identifying the potential problems, let’s take a peak inside the cans of worms he opened.  Your familiarity with the facts is presumed. But since those facts are likely to change within minutes —  since the one thing the media loves more than creating heroes is destroying them, and any story will do for Tiger at the moment —  the current state of affairs is the media claiming extra-marital affairs with 6-10 women. That number changes depending on who is keeping the scorecard, but you can bet they’re all are hoping for a round of 18.

The list below is long on the criminal, matrimonial/custody and contract areas of the law, but I also see a smattering of First Amendment, intellectual property, sports and ethics.

Without further ado, and assuming many rumors as true, when some likely aren’t:

This man could single handedly stop the bleeding of jobs from the legal sector and at the same time give law profs and bar examiners plenty to work with.

OK, so without making any jokes about his putter, or about Tiger’s Wood, what legal issues have I missed?

Tiger Woods and Exams?!
Have you heard enough about Tiger Woods? Well, maybe you should keep listening. Eric Turkewitz of the New York Personal Injury Law Blog writes that Tiger Woods is a “One Man Bar Exam” because of the breadth of his legal difficulty. …
posted by Jenny Rempel @ December 10, 2009 10:44 AM