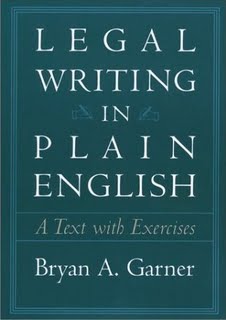 We start with a law professor that wants to make an exam “fun” by having students relate a cartoon to course materials. Then we move to a practicing lawyer that rips that idea to shreds and beyond. But, believe it or not, I think the concept can lead to better lawyering.

This little idea emanated from Howard Wasserman at TortsPrawf, who wrote:

For no particular reason, I started thinking today about doing a question in which students would get a one-frame cartoon (The New Yorker would be the obvious source, but we could find them from other sources) and have the student relate that cartoon to the material in the course. My wife had an exam that did this in a sociology course and it sounds like a fun idea (although she said it was the hardest exam she had in college).

Scott Greenfield, who often writes of how out of touch law professors are with the actual practice of law, was not amused by this “fun.” He wrote:

This could, of course, be great experience if a client arrives at your office, one-frame cartoon in hand, and asks your advice.

But the idea clicked in my head, though not for the reason Wasserman stated. Many practicing lawyers, the folks in the trenches, can’t write because they can’t sharply identify the issue and present it up front. One-frame cartoonists, however, know all about succinctly nailing the issue.

That succinctness is something I first practiced when working for my dad after law school, because one of his office rules was that every case had to be reduced to a “one-liner.” Thus, a complicated medical malpractice case, that might have many different issues, would be reduced to:

And that one-liner came in handy not just for office management, but when you approached the bench at a conference and the judge asked what the case was about. Five seconds later the judge knew what is going on and could delve into those parts of the nitty-gritty that might be needed for the conference. That one-liner also served as the opening of every brief.

Law school exams teach you to write, and write and write. Then write some more. And that may be wrong. Perhaps they would better serve aspiring lawyers if they taught them to more sharply focus the issues and write less.

How sharply? Give each student a maximum of 75 words to define each issue. That is a skill they can use in the practice of law. With just 75 words, its tough to bluff.

That 75 word limit comes, by the way, from writing guru Bryan Garner. If you can’t define the issue in 75 words, he teaches, you probably don’t know what it is. Everyone that attends Garner’s CLE class walks out amazed after watching numerous videos of appellate judges discussing how poorly the issues are framed by the lawyers, and even how difficult it might be to find them in voluminous papers.

So that cartoon idea does have some merit to it, though not for the “fun”reason. Teach the students to write less, not more.

And as to the length of this post, if I had more time I’d have written less.
———————
Addendum: Scott Greenfield wrote last year about how Twitter cruelly forces that type of brevity.