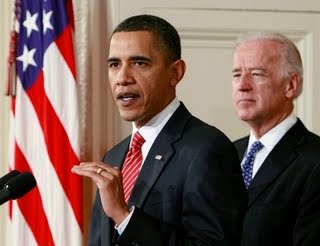 The health care reform bill should be a big benefit to personal injury victims. Traditionally, those people most put at risk after accidents were the middle class uninsured. Poor people have Medicaid to fall back on and others have private insurance. Now there will be an additional 32 million with coverage.

While in theory auto accident victims have had No-Fault insurance in New York to protect them, and the bill shouldn’t matter, that is theoretical only. In New York, insurers have long enjoyed a reputation for cutting off benefits to victims after sham medical exams by “independent” examiners hired by the insurance companies. These doctors are anything but independent. Victims are often told that they aren’t injured, despite the pain they are in and their restrictions of motion. Or that the pains that they have are “preexisting” despite the fact that they felt fine before the accident.

Medical malpractice victims, of course, don’t even have the No-Fault.

So with more of the victims covered by their own insurance, we are likely to see these positive effects, the first of which is obvious and the second two more subtle, but most definitely important:

First: People that were previously left to the mercies of existing no-fault laws and the spotty medical care that they provide can continue to get care and, to the extent treatment benefits the quality of life, be healthier.

Second: If an individual believes others are at fault and starts a lawsuit, the injuries that they suffered will be documented by treating medical practitioners. Currently, if a patient stops treating, that is an issue that defense attorneys love to harp on in front of juries. Without having their doctors treating them, plaintiffs must tell juries that the reason they aren’t treating is that they can’t afford it. And with that, their credibility can be attacked, which is far easier than attacking the credibility of multiple physicians, because the plaintiff is an “interested party” in the outcome of the suit.

Third: The existence of continuing health care hamstrings liability insurers that oft times will rush in to accident victims with low ball offers before they have consulted with attorneys. When there is no other insurance or No-Fault gets cut off, and a victim that may not be able to work, a $5,000 offer may be desperately needed money. With the injured already knowing they are covered, they won’t be as vulnerable, and will be in a better position to sit back and objectively evaluate their situation.

So, all in all, this is a good situation for those who have been injured, beyond the most obvious point of simply being able to obtain health care.