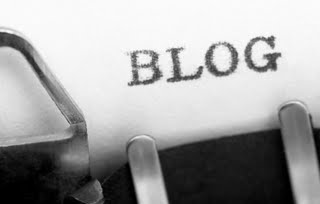 A number of posts have now appeared in the legal blogosphere about moving blogs to new platforms and potentially re-naming them. Marketing folks like to call that re-branding.

I’m one of those people wrestling with a move. Blogger is forcing me to change. Blogger is the platform I’ve used since I went live in 11/06 and they will no longer use FTP publishing. I’m not certain what that actually means, but I do know that I either have to let Google be the host of my blog or I have to move on to another blog platform.

I’m not happy about moving, but if I have to move I want to make the most of it. One thing to consider is features, and the one lousy part of Blogger is that I can’t edit comments. So if someone adds something interesting, but throws in gratuitous vulgarities or links, I can’t cut it out. It’s all or nothing.

[Others who are wrestling with the moving/naming issue and commenting on it are Venkat Balasubramani @ Spam Notes; Bob Ambrogi @ Law Sites, and again; Ron Coleman @ Liklihood of Confusion; Bruce Carton @ Legal Blog Watch]

But the bigger issue is the name of this blog. If I have to move, I might as well wrestle with the name of this joint and try to upgrade everything at once. When I started in 2006, I figured that the format of [region][practice area] would quickly communicate what this blog was about. The name certainly does that.

But the name does more than communicate a topic. The format seems, to many, to scream self-promotion. That is likely the sense many get before a word of content is even read. So every post represents an uphill battle against that notion, and forces me as the writer to be far more wary than others might be when mentioning their own practice. I have no doubt that there are some bloggers out there that would rather stick needles in their eyes than link to a site with a name like the one I use.

I didn’t give all that much thought to the name when I started, with one exception. If you look at the URL you will see it is different than the blog name. I was going to first use the word attorney in the title, then made a last minute edit to use “law” instead. Because the blog shouldn’t be about me, but about the subject.

Kevin O’Keefe doesn’t think names such as mine are a problem, writing in a post entitled: Focus on engagement, not the title of your law blog, for blogging success:

The importance of the name of a blog is overhyped. Listening to your target audience and engaging them in a strategic fashion is key. You’re then known by your name (the one your Mom and Dad gave you), not the name of a blog.

While O’Keefe has a lot more experience at the blog name game, I still disagree with him. I think that the name can turn people off very quickly and folks won’t ever see the content. As as often been said, you only get one chance at a first impression.

And by choosing a name such as mine, you also might have to worry about rip-off artists like FindLaw‘s wretched dreck-blogs, even if your name has acquired distinctiveness over the course of 3+ years of blogging. All of a sudden you risk confusion with a blog that happily uses the name of a dead child for SEO benefits. FindLaw is enough to make your skin crawl, and it continues to amaze me that anyone trusts the company to market for them. FindLaw, of course, isn’t the only scummy company out there. You may think I’m digressing, but if you see your name get ripped off, like FindLaw did with me, then you’ll understand what can happen down the road to your name.

So back to the name game. The goal, if I do this, would be to retain as much of my blog name as possible, yet add some other distinguishing element to personalize it a bit more. Some names I’ve toyed with:

They each have three things in common:

First: They use my last name — I think there are only four other Turkewitz lawyers in the country and I’m related to three of them.

Second: They retain some of the “brand” that I’ve already built around the subject area; and

Third: They all suck, big time.

If anyone has any ideas on how to deal with those issues, I’m wide open to them.