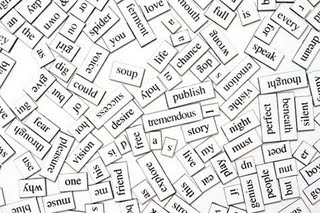 It’s a contest! For the worst judicial writing in America. And I have here the first entrant.

Now I confess that I publish this with great trepidation, since I appear before this appellate court from time to time. And what I have to say isn’t kind.

But at the risk of pissing off some judges before whom I may appear, I have to ask, would you want our briefs to contain sentences with 300+ words? And would you want me to make you strain to figure out the points I’m making?

Exhibit A: A decision from the Second Department in December in Dockery v Sprecher, regarding a $109M medical malpractice verdict that was reduced to $9 million for a brain damaged man. The first sentence of the decision, regarding the procedural history, weighs in at a staggering 303 words. Without any semicolons. Is there a secret law that says writing a procedural history must induce dread on the part of the reader?

But wait! There’s more! Not to be outdone, the second sentence of the same decision laughs in the face of the first, stomping it into the ground with a jaw-dropping 343 words. But at least that has two semicolons. (Both re-printed below.)

Really, is such gobstopping exposition necessary? Have simple, declarative sentences been outlawed? Is clarity a crime?

I challenge anyone to find a sentence in another judicial opinion of such length.

The format of this decision is unfortunate given its importance. The decision speaks to the issue of how outlier verdicts — those that “deviate materially from what would be reasonable compensation,” in the parlance of New York law — get reduced by courts on review by ordering a new trial unless a party stipulates to a lower amount. I had written of the subject as a newbie blogger (How New York Caps Personal Injury Damages — 1/23/07) due to the popular misperception among the public that the verdicts they see in newspapers are the amounts that actually get collected.

But those verdicts in the papers are there for a reason; either because a celebrity was involved or the verdict was an outlier.

A decision on a blockbuster verdict that helps to define the limits of permissible compensation, and demonstrates how the courts manage those outlier verdicts, is one that would assist the public in understanding how our judicial system works. And it would assist trial judges and lawyers in understanding how the appellate court might see things, and therefore it would be important guidance.

But sentences of 300+ words don’t do that. Instead of offering clear explanation, they offer the reader the opportunity to engage in code breaking, with a WW II Engima machine as a required tool.

And that is not the only place this decision lacks clarity. Because the decision also fails to explain the injuries. Imagine that, a $109M verdict reduced to $9M, and no discussion of the damages? John Hochfelder has written quite a bit on that recurring issue, including this:

So I don’t at all question the integrity, acumen, or commitment of our appellate court judges. What I do question, though, is why [the Appellate Division] can’t make it part of their procedure in personal injury lawsuit appeals to explain their reasons for an increase or decrease of a jury award and to cite prior cases with meaningful and helpful explanations of why they are relevant or controlling. In that way, practicing lawyers will be better able to evaluate and settle cases with the result that fewer cases will clog our court system and more realistic positions will be taken by plaintiff and defense lawyers on the cases that remain.

It takes much hard work to actually figure out what the Appellate Division did in Dockery v. Sprecher, because not only did it reduce the verdict but it also lowered the apportionment of fault for the defendants from 45% to 10%. And it failed to let the reader know what the actual effect of that apportionment change was.

And since this report indicated that there was also a $4.4M pres-suit settlement with a hospital, that means that there would be an offset for the settlement amount under New York’s General Obligations Law 15-108, though you wouldn’t know if from reading the opinion.

So we have a major decision on the issue of damages, with a new trial ordered unless the plaintiff stipulates to a reduction, a change in the apportionment, a settlement requiring an off-set, but with tortured language in the decision, missing information, and open questions for the reader. And that’s a shame.

[Update: Hochfelder unravels the guts of the injury claims in a new post, and comes up with this result:

So let me politely suggest that our appellate judiciary do a few things:

1. Read the opinions of Justices Scalia, Posner, or Kozinski. Just for style. Ask yourselves this question: Would any of those jurists compose anything resembling the mind-numbing legalese I’ve re-printed below?

2. Contact legal writing guru Bryan Garner, who has given a gazillion seminars on writing to lawyers and judges;

3. Take the writing manual that you are working from and dump it. Whatever comes out the other end of the recycling process will be of better use.

OK, here they are, the first two sentences, in all their gory glory, followed by my closing thoughts:

Two final thoughts. One reason that this decision might be written so poorly is that the court doesn’t want it to be cited and followed. But, like Hochfelder, I believe that such obfuscation leads to more litigation as it leaves the current state of the law a mystery. If the bar understands that, for example, a verdict for a broken arm will be tossed out if it exceeds (or is lower than) x, then the parties can turn to the liability aspects and make informed judgments with more confidence of the best case and worst case scenarios. And the trial level courts will have guidance on permissible parameters when deciding post-trial motions. And that would mean fewer trials, fewer appeals, and reduced judicial case load. It would, dare I say, promote efficiency.

And last: When I appear before you next, please, please, PLEASE, don’t hold my criticisms against my client. I write because I think the courts can do better, and that we are all better served when decisions are clear.