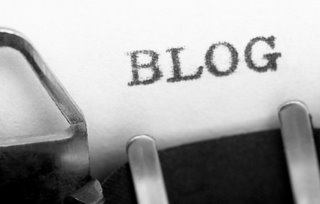 The tweet, which Pattis has taken down, (although a similar one remains) was problematic. For even if he believed the twit didn’t disclose anything about any of his clients — and he didn’t —  I don’t think that is really the standard that needs to be addressed.

There are only two questions any attorney should ask when contemplating a public comment about a case:

Pattis thinks lawyers should post this kind of stuff, as he has an interest in the public seeing more of how the law works in actual practice. In a discussion of the post, and criticism he encountered, he explained:

I am adamant that there are not enough trial lawyers as judges. There are none on the Supreme Court. Every time a nomination to the court arises, I go into a funk about the injustice of it all, and write about why the court would be a better place with trial lawyers on it. Another writer has dubbed this the Trench Lawyer Movement. I like the sound of that. Trial lawyers of the world unite! We have nothing to lose but the courts!

So I report daily from the trenches about what I am doing. What kind of case am I appearing in?; am I in trial?, or engaged in trial prep? The “Tweeting” is inoffensive, or so I had hoped, as it reflects fewer than 140  characters. Others have begun to post trench menus of their own, reporting on their days in court. Slowly a sense of common purpose arises among lawyers with similar vocations. If trench menus help trial lawyers find one another and communicate, all the better. At least I think so. Or, to put it another way, beware the asshat masquerading as ethicist.

He’s dead-on regarding the lack of trial lawyers on the Supreme Court. I’ve discussed this here also. But does that address the issue of the content of the actual postings?

Scott Greenfield clearly isn’t a fan of these “trench menus” that seem to be going around the criminal defense blogosphere, writing:

In the meantime, you’re giving up information to anyone who bothers to read your twits.  A prosecutor can announce that he’s ready for trial, knowing that you’ve got three other cases to cover in three other courthouses today, blowing a potential speedy trial dismissal so that you can broadcast your ego.  Wonder how happy your defendant would be to know that you gave his motion away to be a big man on twitter?

He goes on in another post to explain why he doesn’t discuss his cases, writing:

But my lack of discussion has nothing to do with that, and everything to do with my decision to not discuss my cases to avoid any possibility that a confidence or strategy will be disclosed.  I don’t own my cases, and they aren’t mine to write about.  They belong to my clients, and my clients don’t want the worst experience of their lives strewn across the internet.  I respect that, so I don’t kiss and tell.

As for me, I rarely write about a case or client. Did you see that qualifier? Rarely? When I started this blog, I did a couple of “day in the life” types of posts, in the form of photo essays, that reveal little about any case or client (and whose formatting got screwed up when I switched to WordPress, but I’ve been too busy to deal with it). I also didn’t think they were interesting enough to continue.

But I share Pattis’ desire to publicly explore more of what we do in the public eye, and I did do a day-in-the-life series of what it was like to try a case. I held  all the posts until the trial was over, talking little about the details of the case, and did so with the permission of the client. The series remains one of my favorites, though that sentiment is not necessarily shared by my readers.

And I also did one post on an active case, with the permission of the client, after it landed on the front page of the newspaper,which started with this heads-up:

A week ago I quietly passed my three year blawgiversary. And now after three years I’m doing something I’ve never done here; writing about a pending matter in my office.

In each case, I read through the posts trying to see how they could be mis-read by anyone, before posting. I don’t want any client (past, present or future) or any juror, to think I’m even close to any kind of ethical line.

Sometimes, it isn’t about whether the lawyer is doing something improper, but about the much broader category of appearing to be improper. And that is the higher standard all blogging or twittering lawyers should, I think, aspire to. Any damage, will remain completely hidden.  And it isn’t about the appearance of something improper as lawyers might see it, but how it might be viewed by the public.

What we think about our cases is our work product, and what we know about them is confidential. Like every good rule, do not write about your ongoing cases should allow for exceptions. There are circumstances in which revealing work product and confidential information (because, for example, doing so helps the client), but those circumstances are truly exceptional.

Rules? What rules? (aka blogging for prosecutors) (DA Confidential):

Essentially, I had to set my own guidelines and I did this by asking two questions every time I blogged:

1. What did I see as ethically appropriate?
2. What would get me fired?

5 thoughts on “Should Lawyers Blog (Or Twitter) About Their Cases?”