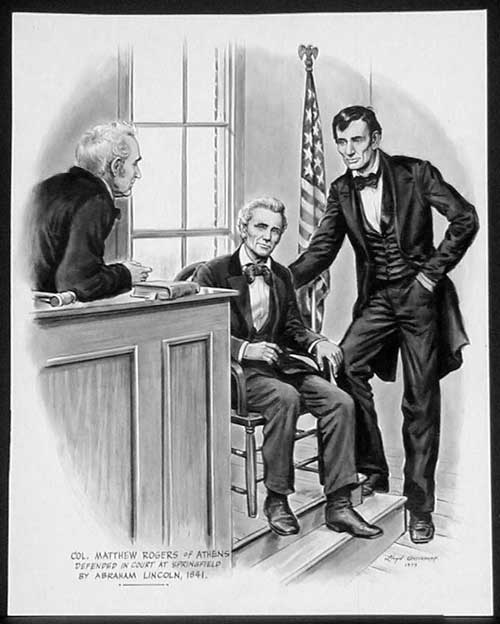 Tomorrow is November 19th. Seven score and seven years ago, on that date, Abraham Lincoln dedicated the Gettysburg battle field with one of the great speeches in American history (reprinted below). And yet, it’s only 272 words. That’s something to think about when you hit page 20 of your next brief.

I also put Twitter in the post title. How can something so trite and easily abused be compared to the Gettysburg Address? Because it teaches people to be succinct.

And today is the four-year anniversary of this blog. When I started it, it was with the desire to take complex ideas and break them down to simple concepts. I don’t know how well that worked, but it’s something I strive for and seems related to the concepts above.

I picked up that lesson from my father, who ran one of the largest plaintiff’s medical malpractice departments in New York until he retired. He demanded that every case be described in one line, almost like a Twitter post. Because if you knew the one-liner, it meant you knew the case. It also came in handy when the judge asked you what the case was about. So a case might be described, for instance, as a “10 month failure to diagnose and treat breast cancer in a 53 year old woman resulting in…”

And master legal writer Bryan Garner insists that, when framing an issue for court, a lawyer should do so in no more than 75 words. If you can’t do it in 75 words you don’t understand it, and therefore you can’t communicate it to the court

Brevity and clarity are important. They focus the brain.

And with that, I give you America’s most famous trial lawyer, who delivered these words 147 years ago:

Four score and seven years ago our fathers brought forth on this continent a new nation, conceived in liberty, and dedicated to the proposition that all men are created equal.

Now we are engaged in a great civil war, testing whether that nation, or any nation, so conceived and so dedicated, can long endure. We are met on a great battle-field of that war. We have come to dedicate a portion of that field, as a final resting place for those who here gave their lives that that nation might live. It is altogether fitting and proper that we should do this.

But, in a larger sense, we can not dedicate, we can not consecrate, we can not hallow this ground. The brave men, living and dead, who struggled here, have consecrated it, far above our poor power to add or detract. The world will little note, nor long remember what we say here, but it can never forget what they did here. It is for us the living, rather, to be dedicated here to the unfinished work which they who fought here have thus far so nobly advanced. It is rather for us to be here dedicated to the great task remaining before us—that from these honored dead we take increased devotion to that cause for which they gave the last full measure of devotion—that we here highly resolve that these dead shall not have died in vain—that this nation, under God, shall have a new birth of freedom—and that government of the people, by the people, for the people, shall not perish from the earth.