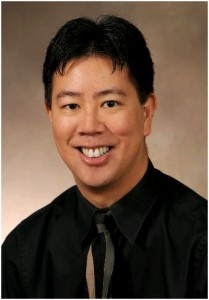 Dr. Kevin Pho is probably the medical blogosphere’s leading blogger, and he puts up an interesting commentary entitled Medical Students Should Not Be Liable for Malpractice. Why? Because they are, for the most part, being supervised by others who are completely responsible for what they do.

He writes due to a bill in Arizona on the subject that seeks to confer immunity on medical students for errors of negligence. Dr. Pho supports the bill, writing:

Injured patients do not benefit from suing medical students.  If negligence occurs, a supervising physician will answer the charges, and participate in the malpractice process.

For the purposes of this post, I am expanding beyond this Arizona bill and also broadening the subject to include residents, who are also supposed to be supervised (albeit to a lesser extent). The principle is the same, particularly for the junior residents; there is someone overseeing what they do.

This is the issue for the lawyers: Why sue these doctors-to-be or young residents if there is a medical practitioner or hospital that is supervising, who will be liable for their conduct?

Personally, I would prefer not to sue residents, and I certainly wouldn’t want to sue a medical student, but attorneys representing patients are sometimes forced to if they are going to fulfill their obligation of “zealous advocacy” to their clients.

I’ll explain how this happens in the real world with of one of my own cases, long since settled, no names needed. Some years back a young resident was putting a catheter into an elderly patient’s jugular vein so the doctors would have easy access. He missed and put it in the carotid artery. A nurse discovered this shortly afterward, the patient was rushed into surgery to repair the artery, but the patient died.

I sued the hospital, but not the resident who did the deed since his name was an unintelligible squiggle on the chart.  Since the hospital was responsible for any treatment he gave, it didn’t really matter from a legal standpoint, right?

Well, not quite. You see, when people are a party to a lawsuit they are often treated differently than those who are non-party witnesses. And if there are different rules there will be different consequences.

In this case, the resident was produced for deposition as a person with knowledge of the event — produced as an employee, not as a defendant. I learned during the questioning that he put together a PowerPoint presentation of the event for a hospital’s internal conference that wanted to know what about this “adverse outcome.” I asked for the document, and the defense lawyer refused, telling me it was privileged. And she was technically correct under New York’s Education Law §6527(3) that governs such internal quality reviews that are done by hospitals.

But the law has an exception for those that are actually parties to lawsuits. And that exception reads:

The prohibition relating to discovery of testimony shall not apply to the statements made by any person in attendance at such a meeting who is a party to an action or proceeding the subject matter of which was reviewed at such meeting.

We were entitled, therefore, to copies of any statements a person might have made to an internal committee doing reviews of incidents, but only if that person was a defendant;  Otherwise it is privileged because of the public policy of candor in such committees to improve medical care.

Now this was the interesting part. I still had time to add the young resident to the suit, and I could then get the document. Since he was the one that actually made the error, this shouldn’t be any kind of problem from a legal perspective.  So I made an offer to defense counsel. If I sue  him, I told her, I will be entitled to the document. So why not just turn it over and I’ll agree not to sue him?

Sounds reasonable, right? I figured I was moving the case quickly and getting the document my client needed to help establish liability, and which I knew I could get one day. And at the same time the young doctor would be spared the understandable anxiety of having his name on the suit, and the potential of being included in the secretive National Practitioners Data Bank that tracks significant settlements and verdicts against doctors, the results of which could follow him when he applies for his next job. This was a pretty clear win-win for both sides.

But the answer from defense counsel a few months later was no. And further, I was told, they would cross-move to have me sanctioned if I moved to amend the suit to add the young resident as a defendant, though I was never really clear on what theory they could possibly make such a motion, unless desperation is a theory.  So I  ignored the threat and moved to add the resident as a party, which I was obligated to do if I was going to represent my client well. And defense counsel cross-moved to have me sanctioned for making threats to add him as a defendant. Yes, my motion was granted and yes the cross-motion was laughed out of court. (My expert legal ethicist wrote that I was a mensch for making the offer.)

But, to directly answer the question of Dr. Pho, there are times when having  a person added as a party to a lawsuit is beneficial because it helps in discovery.

Here are two other ways it might help: If the student/resident moves out-of-state, and they move often at this point in their careers, the plaintiff still has access to them because, as a party, they are required to participate in the litigation and it makes getting depositions and documents easier. And it also helps at trial, because if they don’t show up to testify they are going to have some serious explaining to do.

And last, if the young doctor is a party, s/he can be asked their opinions. If they are merely fact witnesses, they don’t have to give their opinions. (This is the law in New York; It may differ elsewhere.)

And so, Dr. Pho is right that the students shouldn’t be added as defendants, but only philosophically. I don’t know what the law is in Arizona with respect to the three issues I just raised, but in the bigger picture it is easier to understand why such people do get sued; Because the law treats a party to a lawsuit differently than someone who is merely an employee of a party.

2 thoughts on “Should Residents and Students Be Sued in Medical Malpractice Cases?”