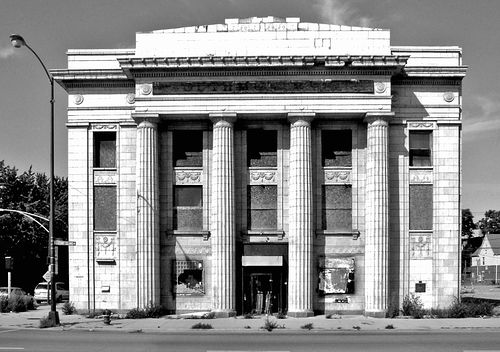 Another law firm gets burned in a check scam, and now New York’s top court weighs in on the subject: Don’t blame the banks, the court ruled today, because when a bank tells you a check has “cleared,” the word “cleared” is actually “ambiguous” and the bank can’t be held to it.

The last several years have seen a spate of scams targeting law firms who are asked to  make an easy collection of money. The client is always on some distant soil, and the purported debtor is local. And the scam works by the lawyer collecting the money, depositing it in his escrow account, waiting for the money to clear, and then wiring the bulk to the client while keeping a fee. The scam works because after the collected funds have cleared, and after the funds wired out, the bank then discovers the fraud, reverses itself, and asks the law firm to pony up the funds for the bogus check.

On this fact pattern, New York’s Court of Appeals tossed out the suit by a firm against its  bank that had cleared its collection of funds for a presumed client, only to see the check later turn up bogus. And the Court said this was the fault of the law firm, not the bank, and that the firm must bear the loss. The case is Greenberg, Trager & Herbst, LLP v HSBC Bank USA.

If this decision sounds somewhat familiar, it is because I’ve covered appellate rulings on this twice before. In February, the Second Circuit Court of Appeals held against the law firm in similar circumstances: See, So, You Think It’s Safe To Disburse Those “Available” Funds In Your Account? At that time, a friend sagely wrote to me:

When I was taking my commercial paper course in law school 8,000 years ago, the teacher – who was a good guy and nobody’s fool – said that the underlying principle that trumped all other is simply this: “the bank wins”. Everything else is a corollary, an elaboration, a commentary, or (once in a blue moon) an exception to this.

And I hit the subject again in June of this year when the Appellate Division, Third Department, also ruled against a law firm. See, When A Law Firm Gets Scammed, Must the Liability Insurer Defend and Indemnify?

In today’s case, after $197,750 had been collected by Greenberg, Trager and Herbst, and after HSBC told a firm partner the money had cleared, the firm took a $10,000 fee and wired the rest to the fictional client. You know the rest. Despite the partner having called the bank to make sure the check had “cleared”, the high Court tossed out the firm’s claim for negligent misrepresentation.

In dismissing the claim, the Court wrote that the bank’s statement that the check had “cleared” was:

an ambiguous remark that may have been intended to mean only that the amount of the check was available (as indeed it was) in GTH’s account. Reliance on this statement as assurance that final settlement had occurred was, under the circumstances here, unreasonable as a matter of law.

But the comment that really strikes home, and the one thing every lawyer must know in dealing with potential clients, is this that comes from the opinion regarding the law firm:

Justice Piggot dissented, being  unhappy that summary judgment was granted to the bank on the negligent misrepresentation claim. He felt that, since “a bank has a duty to exercise ordinary care when dealing with its customers,” there was a question of fact for a jury. Unlike the majority, he finds no ambiguity in the word “cleared’ and noted:

Indeed, the Federal Trade Commission in a bulletin addressed to consumers states that “it’s best not to rely on money from any type of check . . . unless you know and trust the person you’re dealing with or, better yet — until the bank confirms that the check has cleared“

And Justice Piggott had scathing words for the two banks involved regarding these check scams:

Counterfeit check scams are pervasive. That Citibank could not recognize one of its own checks as counterfeit is testament to the seriousness of this problem within the banking industry. It is no answer that Citibank and HSBC seemed to stumble along over a period of ten days resulting in one of their customers being bilked out of $187,500. This problem has long been known to the banks and a mere recitation of their normal practices does not, in my view, establish the appropriate standard of care in this day and age and certainly not their entitlement to summary judgment.

If you haven’t received these scam emails, it means just one thing: You have have a brand new email address that the scammers haven’t found yet.