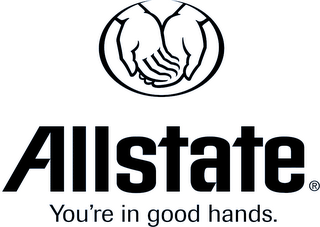 First, let me tip my hat to you in going after No-Fault fraud, as you announced yesterday.  Your decision to shut down medical mills and strip the licenses of deceptive doctors that churn phony No-Fault claims is admirable. I know this follows on the dozens of arrests made last week by Preet Bharara, the United States attorney in Manhattan for this type of conduct, coming from largely Russian-born individuals living in Brighton Beach.

But — and you knew there was a “but” coming, didn’t you? — I think you have only addressed half the problem. And with No-Fault fraud now on your plate, I think I speak for many when I ask that you authorize a more comprehensive investigation.

For the problem of No-Fault fraud stems not only from doctors doing phony billing, but comes also from sham medical exams by insurance companies to deny benefits.

You see, in order to get No-Fault benefits, an injured person must be examined by a so-called “independent” doctor that is hired by the insurance company responsible for paying, and treatment authorized. But there are way too many accident victims who are denied those benefits after quickie 5-minute exams. In order to appreciate why that would happen, one only needs to understand a fundamental conflict of interest: The more denials a doctor issues, the more sought-after s/he is by the insurance companies for future exams. If you are the insurance company and knew Dr. Smith denied coverage 30% of the time and Dr. Jones denied it 90% of the time, wouldn’t you want to keep sending claimants to the one that saves you money?

New Yorkers surrendered certain rights with the birth of the No-Fault laws. We can no longer bring actions unless we have suffered a “serious injury.” In exchange, we are supposed to get guaranteed medical/economic benefits up to $50,000 in exchange for the premiums that we pay.

But what happens with this kind of insurance fraud? The insurance company benefits because many lawsuits can’t be brought and then a second time by stopping the benefits the claimants were supposed to receive.

Investigation of this fraud should be relatively simple, as you know from being our former Attorney General. If a doctor is seeing 10 patients in an hour for No-Fault exams, and churning out cookie-cutter denials, you can bet your last dollar that doctor isn’t doing it with the best interests of the patients in mind.

So I applaud your efforts to go after No-Fault fraud from those doctors running medical mills and over-billing. And if there are some attorneys in cahoots with the medical providers, go get them too.

But please don’t leave the legitimate auto accident victims, with legitimate injuries, out in the cold because of fraud being perpetrated from the insurance company end of things.