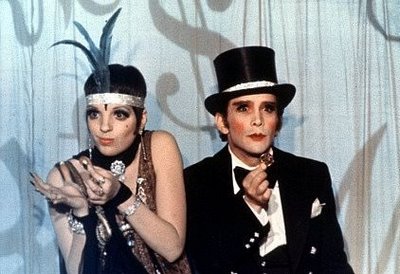 I don’t usually write about BigLaw stuff, but money matters to SmallLaw also.  Today we’ll look at one BigLaw money story and one SmallLaw legal decision that just came out, and why they both matter.

In the world of Big, Dewey LeBoeuf appears to be imploding because they are deeply in hock to the banks. Why? Due to an exodus of about 70 partners, apparently leaving it close to breaching its loan covenants with the bank.

The problem is that law is not just law, but it’s a business. A business that needs cash to operate. And that cash must come from somewhere.  If the firm uses hourly  billing, the work gets done and the bills go out and then some months after the work is done the money comes in. Hopefully. But in the meantime, the rent must be paid, the secretaries must be paid, the lights need to stay on and the lawyers still need to eat.

It’s a simple of matter of cash flow and the delay between work getting done and cash coming in.

Which brings me to small law. The solos and small firms face the same problem but on a different scale. With a bare bones operation doing contract work for others the issue might not be quite so readily apparent.

Now what happens if business starts coming to the lawyer directly? For some cases a retainer might be taken up front, which is the way many criminal defense attorneys operate. Of course, if you don’t take enough and make an appearance in court, you might find yourself in trouble later when “the rest of the money” fails to come in and the judge won’t let you out of the case.

But the biggest problem is in the personal injury field, where work is done (often for years) without getting paid. Worse yet, the lawyer is expected to finance the case for the clients who, more often than not, would be unable to do so on their own and thereby unable to bring the case.  Even smaller cases can rack up an easy $20,000 in expenses  before a trial even takes place, when you factor in the medical records, reports, experts and depositions.

There are some lawyers, not really thinking about the issue, who pine for a few personal injury cases, not appreciating the fact that a flood of business also means a flood of financial anxiety.

And so lawyers — not just the BigLaw kind but the SmallLaw kind — need financing. This can come from banks, most preferably, or from personal assets, if you have them. It can also from vulture financiers that specialize in this field and charge absurd interest rates.

The vulture companies are a business that “invests” in a case. If the case is lost, they don’t (theoretically) get paid, meaning it isn’t a loan and they can charge interest rates in excess of usury laws. Justice Pines out in Suffolk County wrote about this issue a month ago in Kelly, Grossman & Flanagan v. Quick Cash, laying out all the gory details. This includes the idea that if a case is lost, the lawyer must replace it with another case.  When the borrowing lawyers tried to get the agreements declared to be criminally usurious, it didn’t go so well.

Now this is the part that’s important: The time to think about that financing is not when you need the money, but when you don’t. If you wait until you are financially strapped and then go to the bank and ask for a line of credit, they will see your financial distress. And — this comes as a surprise to many — banks don’t want to lend money to people who really need it. They want to lend the money to those who look comfy and safe. Because the bank would like to get its money  back one day with a little interest. I learned this one the hard way many, many years ago when I was a puppy lawyer.

The time to open that line of credit is: As soon as possible. This is true especially if you don’t need it. Because if you have any success at all as an attorney, one day you will. So open the line, and get occassional increases in it. Five years down the road when the money is truly needed, you’ll be ready.

The last thing a lawyer wants is to be desperate for money.That causes bad legal decisions.  All of a sudden you might find yourself thinking that that  auto case you took in three years ago and worked your butt off on and which you think your client should be entitled to the full 250K in insurance that is available, might be the one to settle now for the 100K offer. And you don’t want to be that lawyer. Ever.