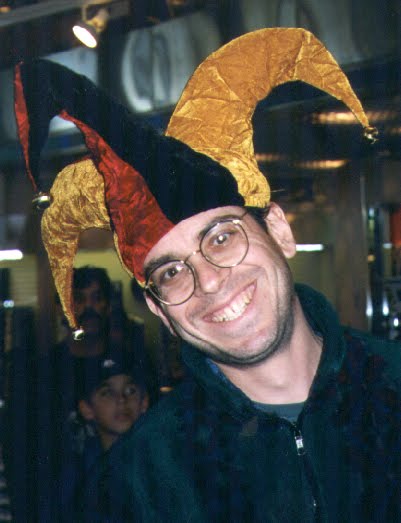 Is it April 2nd already?

Welcome to April 2nd, and that means deconstructing yesterday’s web hoax that dealt with a phony bill by Senator Joe Lieberman that would effectively ban anonymous commentary on the Internet. The bill does this by stripping away the immunity that content providers currently enjoy from Section 230 of the Communications Decency Act. That would expose bloggers, forum owners and a panoply of others to potential liability. It played out on a dozen blogs that were all in on the joke.

How do I know it was just a joke? Do you really have to ask? If you’re just checking in to this blog for the first time you will find out by looking at this posting of mine from yesterday that this is the fifth year in a row I’ve done one of these. But since I’m now known (in the legal blogosphere) for running an annual gag, I created a new blog in February just for this purpose, to mask my identity: McIntyre v. Ohio. Prior to yesterday, the readership of that blog had been six Bulgarian spam bots and that guy Ken from Popehat. Thanks, Ken.

The new blog is dedicated to anonymous free speech, and named for the leading Supreme Court case on the subject. The idea for it popped into my brain late last year when Senator Lieberman asked Twitter to kill the Taliban feed. Obviously, the government can’t just shoot down someone’s speech rights, no matter how vile, because of that whole First Amendment thingie. This country was built on the marketplace of ideas prevailing, so the answer to political speech with which we disagree has always been “more speech.”

So the April Fool’s idea was that Lieberman would circumvent the First Amendment issue by simply stripping away the immunity that web hosts enjoy, thereby scaring the bejesus out of everyone in the private sector that is in any way involved with a web forum, and forcing people to kill controversial speech out of fear of litigation. It was called the Accountability for Free Discussion Act, or AFD, which is also the acronym for yesterday’s fun fest.

This was the premise: If a whole bunch of bloggers started talking about a major bill that would completely alter the Internet in this country, would any major media company publish the story despite it being unconfirmed and it being revealed on April Fool’s Day?  The great problem, news-wise, of the digital age is the need to get to a story first, or at least fast.  All too often that means taking shortcuts when first is defined in hours, or minutes. The old journalism adage is, if your mother tells  you she loves you, check it out. But that sometimes falls by the wayside.

Lieberman was a perfect (unwitting) straight man for this because, as a pragmatic centrist, he is disliked by passionate ideologues on both sides of the political aisle. That means that there are a lot people who want a negative story about him to be true. People like seeing stories that confirm their own feelings and they are often willing to accept such stories without additional confirmation. (Political commercials feed on this to energize political bases.) One sample comment from someone suspending belief in the hope it was true came out of Daily Kos:

You know, if it was anyone else I’d think it was an April Fool’s joke.
But Lieberman is such a weasel, it has to be true.

There were other reasons for Lieberman as well. The Senator is retiring, making him a good target since there is no political fallout if constituents should actually believe it but don’t realize it was a prank. He is also the chairman of the committee on Homeland Security and can voice such a bill in an anti-terrorism context, with accountability being used as a means to disrupt anonymous communications in various forums. But perhaps the best reason to use Lieberman is that he wore a baseball cap to President Obama’s inauguration. Really Senator, what the hell were you thinking?

The major complicating factor in all this was that April Fool’s Day  fell on a Sunday. Sunday sucks for news and blogs but  we can’t change the calendar.

We tried to use that ugly fact to our best advantage. I figured that if we struck at dinnertime, under the assumption that all of the other April Fool’s gags had played themselves out by that point, we might have a better shot. Also, it would be far less likely for anyone from Lieberman’s office to quickly put out a denial. (If he did put out a denial, we were going to claim victory in that the bill had been withdrawn.) Essentially, the only people still involved with April Fool’s by this time were two groups: kids those telling the same joke for the 30th time because their parents laughed the first time to humor the child, and other kids trying to pawn off the last of the bug-flavored jelly beans.

So we slipped the story out at dinnertime on that  little, bitty blog where the plan was for it to be promptly “found” by a “real” blog, Daily Kos, and then quickly spread. Most of the co-conspirator bloggers that you see below had actually written their bits a few days in advance. We only had a couple hours to create a viral political story from whole cloth. Did we get major media? No. And kudos to those that saw it but didn’t bite.

But were other folks taken in? You bet. And  not just anyone, but the super cynical types that read political blogs and don’t generally believe much of anything — unless it confirms their worst perceptions about others.  Just read the comments at Patterico (politically right) and Daily Kos (politically left) if you don’t believe me.

One big source of inbound traffic was a popular forum called Hacker News. I felt bad about that because, well, those folks are a lot smarter than us and know how to break our digital windows. (Please. Don’t. Keep reading.)

But before any of you get angry at me or my co-conspirators listed below, remember this: Each of the authors participated because we feel strongly about protecting the First Amendment. (I’ve twice defended defamation claims, one in the past and one currently.) So while you may have been fooled for a few hours, or even angered, you should know that those who did the fooling are your teammates in vigilance against those that wish to encroach on our rights to speak freely.  Most of the jokesters are lawyers. We get it.

There are civil libertarians on both sides of the aisle:

Joe Lieberman v. the Internet: It’s not over. (Adam B. @ Daily Kos)

Thanks To Senator Lieberman, You Guys Are Going To Get Me Sued (Ken @ Popehat)

Dear Commenters: We Can’t Protect You Anymore (Mystal @ Above the Law)

A Free Speech Disaster — The End of Anonymous Commenting? (Cuban @ The Cuban Revolution)

There are some who may wonder why I go to all the bother of doing this each year. You will find the answer to that question in the same place where I explained why I not only  dressed up in a turkey suit at Thanksgiving time, but actually published the pictures.

Finally, I’ve now run gags regarding the Supreme Court, the White House, and now Congress. I’m officially retired from the April Fool’s dodge. For real. My wife told me if I do this again she will kill me. Then divorce me.

Besides, when you think about it, what else is there? I mean, I know the U.N. is just down the street from my office, but how could that possibly be any fun?

No clients were injured in the creation, publication and execution of this hoax.