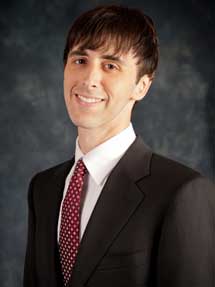 Joseph Rakofsky, as seen on a copy of his website, which has since been taken down.

Joseph Rakofsky, who last year sued the Internet for defamation and then amended his suit to add more parties, is now asking the court for permission to amend his suit again.

The proposed Second Amended Complaint weighs in at a staggering 268 pages, with 1,223  separately numbered paragraphs. No, I haven’t read it, but I see that it does contain a brand new tort he calls Internet mobbing, which I understand is a claim that prohibits use of the Internet for criticism and revokes the First Amendment. Feel free to wander amidst the legalese and let me know what these papers actually claim.

I will get to it, of course, since I am one of the defendants and also local counsel to 35 defendants. Marc Randazza is lead counsel for our group.

The motion to amend is made because, in New York, you only get to amend a complaint once as of right, which right he already used up just days after starting the suit. After that judicial permission is needed, or else a plaintiff could be constantly moving the goal posts making the case impossible to defend to conclusion.

Mr. Rakofsky also asks for additional relief in the form of amending the caption to correct the name of the lead defendant, the Washington Post, which had originally reported the story of Mr. Rakofsky’s troubles defending a murder trial in Washington D.C. and the judge’s highly uncharitable comments about his representation. The same judge added more just weeks ago when Rakofsky’s former client was sentenced to 10 years after a plea, and called the defense “clueless” and “motivated by self-interest,” according to Jamison Koehler who practices in that neck of the woods.

Other requested relief is to delete eight defendants from the caption because they settled with Rakofsky, including St. Thomas School of Law. And he seeks a default judgment against seven defendants who didn’t bother to answer the complaint at all, presumably because they are out of state and not subject to jurisdiction in New York.

Previously he had moved to add Yahoo! Google and Tech Dirt, but that relief is not mentioned in the Notice of Motion. The current attempt to amend the amended complaint is actually shorter this time than last.

There are numerous motions pending to dismiss. These papers do not address any of those motions.

My Affidavit in Opposition: ET-OppAffFinal

Our Memo of Law in Opposition: Rakofsky Opp to SAC -Final