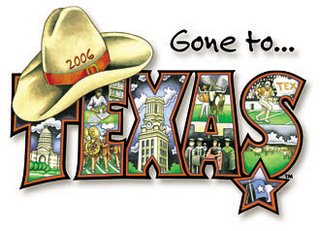 I’ve written before about the savage Texas medical malpractice “reform” that was implemented in 2003 and its inherent injustice. The premise was that if the state capped pain and suffering awards at $250,000 for doctors (no matter how many were liable) and $250,000 for hospitals, it would encourage more doctors to practice medicine in Texas. The cap was nominal, meaning it was not adjusted for inflation, so it remains at that stagnated level.

Now there is a study that debunks the premise of that so-called reform. And even tort “reformer” Ted Frank agrees that the report is so damning that he will no longer cite Texas for the proposition that such reforms will lead to an increase in doctors in the state.

The report is exceptionally damning to those who argued that providing protections and immunities to negligent doctors would bring more doctors to Texas (though I’ve often wondered what kind of doctors they were looking to bring in with that logic). The summary:

That is a big, fat ouch for those that have supported government protections for tortfeasors.

The $250,000 cap that was enacted back in 2003 did have some affect, of course. It cut down medical malpractice payments by 70% and premiums by 50%. But this wasn’t the reason for the changes in the law, since claim payouts had been stable for the preceding decade. But claims will clearly drop under such circumstances as cases are difficult and expensive to bring, and if it isn’t a economically viable to bring the suits, lawyers won’t take them. It isn’t easy to risk tens of thousands of dollars of your own money and hundreds of hours over many years if the case isn’t substantial enough. The rent still has to get paid, as does the secretary, and the lights need to be kept on.

But did the 70% drop in payouts bring the flood of doctors? You would think so according to the initial reports (including from the New York Times) that looked at the increase in licenses being issued. According to the report:

Proponents argued that physicians were fleeing Texas because of lawsuit risk and high insurance premiums, but would stop leaving if the state adopted the reforms. After the reforms took effect proponents asserted that the reforms brought new physicians to the state in droves – a more impressive result than they originally predicted, which was only that doctors already in Texas would stay put.

There is no evidence that the number of physicians per capita practicing in Texas is larger than it would have been without tort reform.

The evidence has been brewing. In 2007, four years after reform, the Texas Observer ran a piece discussing the nonsense that was sold to voters by the insurance industry to get the bill passed, claiming that “doctors were fleeing Texas, leaving scores of counties with no obstetricians to deliver babies, no neurologists or orthopedic surgeons to tend to the ill.” This wasn’t true.

Also from the Observer, to get that bill passed Gov. Rick Perry and his minions from the Texas Medical Association argued in a flier mailed out in English and Spanish and posted in waiting rooms around the state that:

‘152 counties in Texas now have no obstetrician. Wide swaths of Texas have no neurosurgeon or orthopedic surgeon. … The primary culprit for this crisis is an explosion in awards for non-economic (pain and suffering) damages in liability lawsuits.’

Doctors to deliver your babies or lawsuits, they argued, which would you like? And you know what? Four years after the “reforms” were passed there were still 152 rural counties without an obstetrician. Because it seems that doctors, like many other professionals, happen to like living in urban areas.

The reports of an increase in doctors attributable to tort “reform” that came out, and are often echoed in Congress by advocates of establishing federal standards over the state tort systems, have not been accurate. The authors attribute this to the fact that the number of doctors going to Texas was rising before 2003 (as was the population as a whole), that researchers at universities should not be counted as they are unaffected by the issue, and that there was an increase in medical care after Hurricane Katrina in 2005 as people relocated.

And finally, the statistics showing an increase in doctors was based on new licenses being issued. But that didn’t take into account those that left the state or had retired. You can’t just count docs entering Texas healthcare without also accounting for exiting docs if you want to figure out whether the net population is increasing or decreasing. According to the authors, “using the number of licenses granted as a measure of the “success” of tort reform is potentially very misleading.”

The fact that the physician population was increasing before the “reforms” and continued to increase at the same rate after the “reforms” is very telling. The authors write, “There was neither an exodus before reform, nor a dramatic increase after reform.” How damning is this report? The authors go on to write about those who made the claims for “reform”:

When making the case for lawsuit restrictions and when claiming enormous post-reform success, the identified speakers made statements that were false. And, not just garden variety false, but “liar, liar, pants on fire” false.

And that my friends, is a whole lot of false.

The report is filled with facts and figures that shows that in the post-reform era, Texas has actually done worse at attracting doctors then the rest of the nation. Not better. And not even the same.

(P.S.   For those that want to shift the argument to arguing that such reforms will lower health care costs, well, it doesn’t do that either. I covered that last year here:  The Failure of Medical Malpractice Caps (Healthcare Costs Rise in Texas).

Did You Know… Medical Malpractice Lawsuits Are Declining? (Brett Emison)