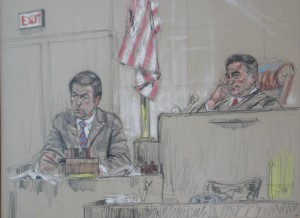 H.R.Haldeman on the witness stand. Judge John Sirica on the bench.

It was 40 years ago that an apartment complex in Washington DC became famous for a burglary. And since then, media types have tried to attach -gate to any potential scandal. The purpose today is not to write about the scandal itself…a quick look at the Wikipedia entry I linked to will give viewers a refresher course — but to its significance to me.

As it happens, I have a small piece of that history hanging in my office. They are four sketches from the trial of White House aides H.R. Haldeman, John Ehrlichman and former attorney general John Mitchell, two of which you see here. The others are at my website.

I acquired them from the grateful widow of the artist, John D. Hart, after trying his medical malpractice case to verdict 20 years ago. Back in the day, Mr. Hart was an accomplished artist whose works are in the permanent collections of a couple museums.

And each day I look at these drawings, and each day appreciate the concept of governmental abuse of power and the arrogance of so many that hold positions within it. But also, I appreciate the power of the jury to hold the people involved accountable. 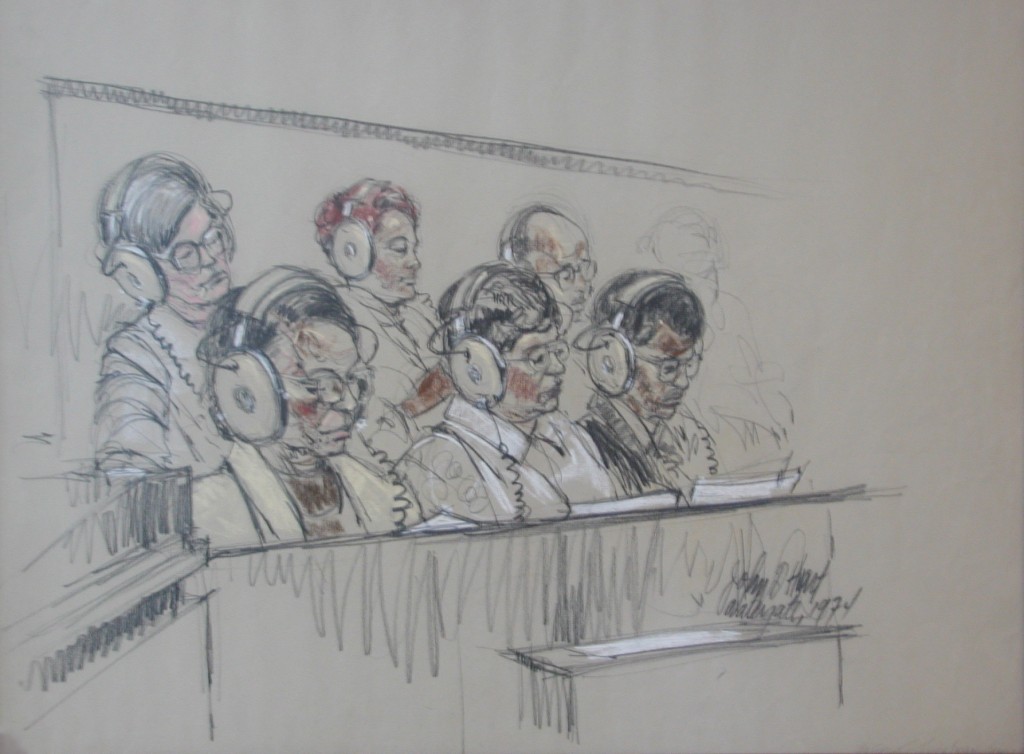