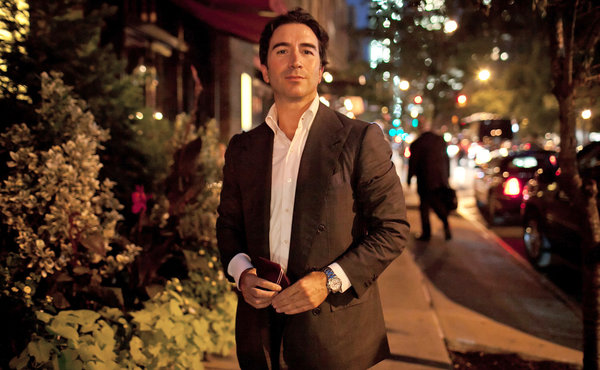 Sal Strazzullo, as seen in the New York Times

I’ve seen this act play out before: A lawyer seeking press for himself spills damaging information about his client.  Here’s the story.

Yesterday’s New York Times has a fluff piece on Salvatore Strazzullo, entitled “The Night-Life Lawyer” (as if there was a different set of laws for criminal or negligent conduct that takes place at night). The article looks like it was written by his publicist, claiming that this is a “niche” of the law.

The Times chronicles this lawyer having handled, over the past few years, a variety of second and third tier celebrities, doorman and drivers who go out to expensive clubs at night and figure out how to get in trouble. Whatever. That isn’t the part that hit home to me.

No, the part that hit home was that, in order to provide material for the story, Strazzullo spoke to the press about information received in confidence, that just so happens could also be damaging to his client. Providing confidential information is bad enough, but giving damaging information for a self-serving article seems to me to be about as low as you can go. 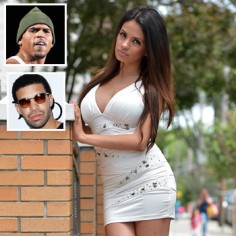 He talks about a fight in the tabloids two months ago between two rappers — Drake and Chris Brown — and their fight over a woman, the singer Rihanna.  Sex, violence, booze,  celebrities and thrown bottles.  Real tabloid stuff, and this time with more well-known celebrities in the middle.

And he gets a client, a model (of course) named Ingrid Gutierrez who claims to have been hit in the face by a thrown bottle and took a few stitches.

This was the Times description:

Just two months ago, Mr. Strazzullo was sound asleep at his apartment when he received a typical plea for help from one of his regular clients, the Brooklyn model Ingrid Gutierrez. Ms. Gutierrez, 21, had dropped by W.i.P., a club in SoHo, with a half-dozen friends and found herself drinking Champagne at a table with the R&B singer Chris Brown. She was, by her own account, chatting with Mr. Brown’s bodyguard when a rapper, Drake, sent Mr. Brown a note indicating that he was having sexual relations with the singer Rihanna, a former girlfriend of Mr. Brown’s. This, predictably, precipitated friction between the men’s entourages: Voices were raised, obscenities exchanged, bottles thrown. One bottle struck Ms. Gutierrez, who was rushed to the emergency room for stitches. She wanted to sue.

Do you see that part in bold? One of his “regular clients?” Why not just send a gold-embossed invitation to the defense lawyers to ask about criminal problems she may have had?

But this part is even uglier, from the lawyer’s point of view. Look at this quote:

Now isn’t that nice, disclosing that, right away, she was thinking lawsuits and calling a lawyer? Why not just hand the defense another argument on a silver platter that lawsuits were the first thing on her mind? And that she couldn’t even wait for the morning?

Now it is conceivable that Strazzullo had the permission of his client to reveal this to the press, and that it therefore might not qualify as a violation of the code of professional responsibility. But. It is still a major no-no. The client, just 21 and in the modeling biz not the legal one, isn’t in a position to know how the information can be used against her. Even if the lawyer has permission to use that info, it still shouldn’t be revealed.

It is understandable, by the way, for a person injured in an assault to want to speak to a lawyer. Depending on what happened, they might be quite angry and upset and want to know what, if anything, they should do, and how they can strike back, legally, at someone that has wronged them. Anger is a huge motivator. But now she might have to explain things to a jury. She was hit by a bottle, why would she want to be explaining lawyer calls? Because one of the defenses will be — as it is in 99% of the cases– that the injured person just wants to hit the lottery regardless of what happened. Why worry if some judge will let the evidence in? (Defense: “Judge, this is admissible to prove she wasn’t hurt as bad as she says, as she  had the capacity to think clearly and call a lawyer.”)

Have we seen this trick before? Two years ago I wrote about Chicago criminal defense lawyer Stuart Goldberg who spoke with always-in-trouble actress Lindsay Lohan about representation. There was no meeting of the minds on that score, and he then went bleating to the press about what was said.

Thankfully, this stuff doesn’t happen very often compared to the number of high profile cases that are out there. Most lawyers know better. But when they do spill the secrets, other lawyers should take note and expose what has happened so that others might learn from it (both lawyers and clients) that this is wholly unacceptable behavior.

One thought on “Bleating Secrets to the Press”