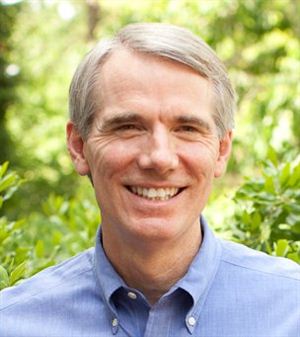 Last week Ohio Senator Rob Portman made headlines when he reversed his stance on gay marriage. For a Republican, that was pretty big news. He did it after finding out his son was gay and reflecting on the meaning of love, marriage and religion.

But that isn’t why I’m writing.

I’m writing because, in his explanation, he went beyond the love/marriage/religion elements to reflect on the proper role of government in society. He wrote:

British Prime Minister David Cameron has said he supports allowing gay couples to marry because he is a conservative, not in spite of it. I feel the same way. We conservatives believe in personal liberty and minimal government interference in people’s lives.

So if he, as a conservative, believes in minimal government interference in people’s lives, why does he campaign on giving big government protections and immunities with various tort “reform” proposals that close the courthouse doors to those seeking justice?

One of the first things he did as a freshman senator in 2011 was introduce legislation that would impose a new statute of limitations on medical liability lawsuits and cap punitive and noneconomic damages.

His political view is summarized here:

Medical malpractice costs and the mounting costs of defensive medicine must be reduced through sensible legal reform and better health information.
Source: www.robportman.com/1on-the-issues (11/22/2010)

Really Senator? Is that what limited government is all about? Interceding on the rights of people seeking justice by protecting big business and insurance companies?

If someone would be kind enough to forward this to Portman, he might also learn that the artificial caps he supports because of “defensive medicine” have been proven by empirical evidence to be a complete bust. Health care costs in Texas, which instituted artificial one-size-fits-all caps in 2003 didn’t go down. Costs have actually gone up.

So Portman gets a special twofer: His tort “reform” policy contradicts his stance on federal power, and the basis of his policy is factually wrong.

If Portman wants to reign in federal power, as he states in part of his argument favoring gay rights, he may wish to revisit his other positions that call for increasing that power. Especially when increasing it fails to support  his theories.

More on the hypocrisy between conservatism and tort reform  here: Does the Tea Party Believe in Conservatism or Tort “Reform”? (8 Questions)