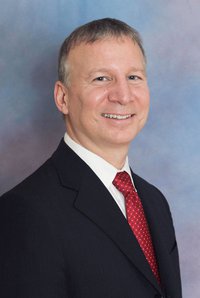 Out in Arizona, Jodi Arias is on trial in a high profile case in which she is charged with the murder of her lover, Travis Alexander, after a day of rough sex. He’d been, according to news accounts, “shot in the head, stabbed and slashed nearly 30 times and had his throat slit.” She claims self-defense.

But what jumped off the page for one of my brethren of the New York bar, Peter DeFilippis, is that jurors were allowed to ask questions. That isn’t something we see too often around these parts.

Without further ado, I turn my blog over to the talented DeFilippis as a guest blogger, who after 24 years of practice, has something to say on the matter….
——————–

The jurors in the highly publicized Jodi Arias case recently submitted to the court over 100 questions for the defendant to answer even after the prosecutor spent days grilling her over every last detail in connection with her self-defense argument. Arizona is one of just three states that allow jurors to pose questions to witnesses after prosecution and defense lawyers have finished their questioning. From the perspective of someone who’s spent some time in the well of the courtroom, I wish New York judges would in the interest of justice, allow jurors to pose additional questions of the witnesses in civil cases even if one side objects to the practice.

A universally frustrating aspect to civil trials is that once jury selection concludes the lawyers can’t communicate with the jurors. Generally speaking, jurors sit quietly during the trial presentation, they are expected not to ask questions, and perceive their role during the trial presentation as receptive rather than actively inquisitorial. If counsel were to so much as say hello to the selected juror in the elevator it may land the lawyer and juror in hot water.

During the trial the silence between the attorneys and jurors can be deafening: jurors yearn to ask the lawyers questions and lawyers would love to know more about what the jurors are thinking about their cases. When we interview jurors after a case has ended they sometimes wonder why we did not ask witnesses certain questions or probe specific areas. They are surprised to learn that we are often prohibited by the rules from discussing or presenting many seemingly relevant facts or issues. For example, we cannot divulge to jurors whether or not a defendant has insurance coverage applicable to the claims of injury. Disclosure of this to the jury may potentially result in an instant mistrial.

One way to alleviate this tension is to allow jurors to pose and submit their own written questions to the judge after the attorneys have finished their direct and cross-examination questioning of a witness.  This would allow attorneys to clear up any issues, misconceptions or concerns BEFORE jury deliberations begin.

There is no New York rule prohibiting this practice. Rather, the case law says it is a matter left to the discretion of the trial court. Some judges will advise at the outset if they permit jurors to take notes and/or ask questions. In my trial experience, note taking is fairly frequently allowed, however juror questions of witnesses are rarely sanctioned unless all sides consent. I have made the request on several occasions, but when defense counsel balks, judges will usually not initiate the process though they may properly do so.

If allowed at trial, essential to the process is for the judge to ask jurors if there are any questions and explain the mechanism whereby they could ask questions, i.e., whether it be during direct or cross examination or when the witness is about to leave the stand or at some other time. I think informally allowing jurors to raise their hands and orally ask questions, without judicial screening or consultation with counsels, could be highly problematic. Our high courts have held this is not the best practice. Conversely, utilizing written questions lends itself to an orderly function as opposed to a hand rising session which might invite a cacophony, confusion or other courtroom chaos.  Also, forcing one side or the other to publicly object to a juror’s question would strike me as highly prejudicial.

Well thought out and manageable procedures exist and are codified in other jurisdictions, such as New Jersey, where juror questions are allowed (See, NJ R GEN APPLICATION R. 1:8-8) even if all sides do not consent. The court makes its determination after all parties have been given an opportunity to address the issue, but they need not fully consent for juror questions to be implemented. The questions are first written down by the jurors and then presented to the judge.

The judge then takes the attorneys into chambers for a conference about those questions. Argument and clarification are held beforehand between the court and attorneys outside the presence of the jurors.  The judge tries to work out an agreement by the attorneys as to which questions should be asked, and whether the form of the question proposed by the jury should be altered or modified at all. If there is not agreement, the court decides the issue on its own. If allowed, the judge reads the question, in original form or as modified, to the witness. Since the judge is screening the questions, clearly improper ones are not asked. Attorneys shall then, if desired, be permitted to reopen direct and cross-examination to respond to the jurors’ questions and the witness’s answers.

I think this process insures that the jury is better informed and makes its decisions based more likely on facts gleaned from testimony under an oath than on conjecture. The individual juror is presumably happier and more satisfied if inquiries are answered via live testimony as opposed to not at all or by speculation in the deliberation room (which is frowned upon by the court). Keeping jurors interested and engaged through this active participation in the legal process is of paramount benefit to the litigants and jurists. Perhaps it might increase attentiveness and help to mitigate the tedium and boredom often complained of in connection with serving as a juror on a trial (especially a lengthy one).

Hearing from the jurors in this manner also helps the attorneys to gain some insight into the jurors’ thoughts and hints of major concerns with the case. Savvy lawyers may alter the presentation of their side based on the questions they are receiving and cover missing areas. This may also head off jury confusion which often leads to unnecessarily lengthy deliberations or inconsistent verdicts.   A definite plus is the insight gained by everyone involved from learning some of what is in the jurors’ minds before they make their ultimate decision.

Based on the above points, I would urge New York State judges to consider allowing our jurors to pen and submit written questions of witnesses during civil trials, as codified in other neighboring jurisdictions. Further, they should promote this open, interesting and interactive procedure during their trials even without the consent of all sides, as defense counsel may oppose juror questions strictly as a display of caution or matter of custom. I feel increased juror participation will aid our judicial system in achieving its stated, well known, goal which is to seek to provide justice for all.

13 thoughts on “Should Jurors Be Allowed to Ask Questions at Trial?”