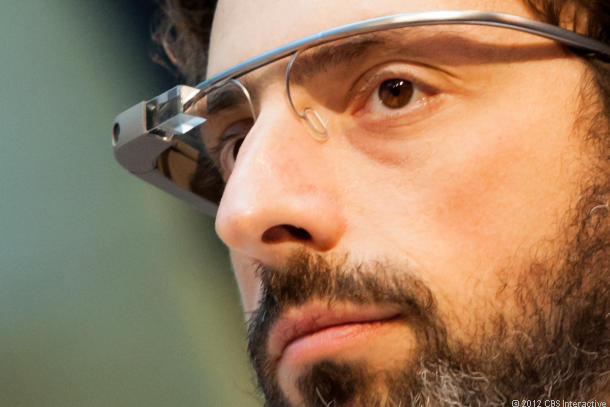 [This was originally posted March 13, 2013. It was bumped and updated on March 25th due to proposed legislation in West Virginia; see below]

The chances of Google Glass being a factor in people being maimed and killed is approximately 100%. If you don’t know what Glass is, it’s the latest and greatest in whiz-bang technology, created apparently, just because it can be created.

Glass is a computer embedded in eye glasses that allows users to be online and see a computer screen in the lenses. It also has a camera.

These are designed, of course, for that segment of the population that forgot the basics of actual human interaction and need to be connected to their digital friends 24/7. Some of the software toys were displayed this past week at the South by Southwest technology conference in Austin.

You don’t need to be a rocket scientist to see where this leads: Cocky Glass users will walk into intersections and be hit by cars because they are getting a Facebook update on the latest cat video, or tweeting about the latest basketball buzzer beater. There won’t be sympathy for them, of course, as people chalk this up to the culling of the masses with Darwinian behavior.

But what will be important are those that drive with them on, regardless of Google telling them “Don’t do that!” The chance of this is also about 100%, even if Google makes the glasses inoperable when moving faster than x mph.  Folks will figure out a way to disable it, perhaps by killing off the GPS signal, because you know, they need to know how many likes and re-tweets they got for that online joke they cracked. Some things can’t wait. With smart phones we have the entirety of human knowledge in our pockets and this is what we use them for. Ben Franklin would be proud.

The blunt reality is that almost all auto collisions occur due to distracted driving. We see it often with texting, cell phone use, eating and noodling with the knobs on the radio, assuming you can still find a knobbed radio. A moment’s inattention and you won’t see that the car in front of you has stopped. At 55 mph, a car will travel 160 feet in just two seconds — half a football field. The margin of error in driving is preciously small.

Perhaps you think me a bit of a curmudgeonly anti-technology anti-Luddite pining for the old days of Prodigy and dial-up service. But I don’t think I’m alone in this. I think there is substantial backlash already occurring when phones are whipped out at dinner tables so that people can update their status, while ignoring the dinner companions they are actually with.

Google Glass, to the extent it finds any substantial market, will only exacerbate that. But if we are lucky, the backlash will be signficant as more people see what we are losing. Perhaps I’m a dreamer.

I don’t expect to view Google glass users as avante grade, hipster anythings, as these folks will no doubt see themselves. I expect instead, when they do appear, to see them through the prism of my own eyes as people unable to deal with the reality that sits before them.

My two sheqels on the subject. Your mileage may vary.

March 25 update: Legislators in West Virginia have now proposed legislation outlaw driving while using Google Glass, deciding to act even before the product was available on store shelves. According to the CNet article, this bill seeks to make it illegal to drive while “using a wearable computer with head mounted display.”

One of the legislators supporting the bill is Gary G. Howell, who had this to say about the government being proactive with this legislation:

“I am a libertarian, and government has no business protecting us from ourselves, but it does have a duty to make sure I don’t injure or kill someone else,” he explained.

7 thoughts on “Will Google Glass Kill? (Bumped and Updated)”