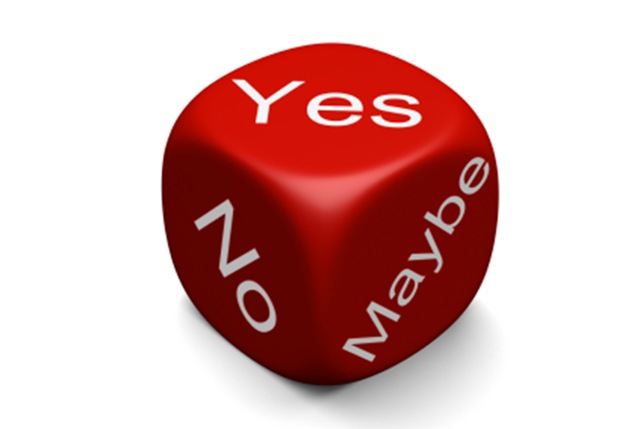 The call comes in a thousand iterations. It often looks something like this, with my quick analysis in parenthesis:

My kid was hurt on the playground. Is there anything I should do? (Parent wants to know they did everything possible for the child.)

Could my spouse’s disease have been treated earlier? (Spouse wants to know they did everything possible.)

Someone said mean things about me on the Internet that are defamatory, can you help me? (Rage, often justifiable.)

That car ran a light and almost injured me. (Almost doesn’t count.)

You know where this is going, right? Lawyers that work on contingency receive all kinds of calls; they may be from the “how much is this worth” crowd, but quite often the motivation is emotional, not financial.

The word every lawyer needs to know is this: No. Say it out loud, say it again, say it often.

Part of the reason is because taking poorly vetted cases will drive the lawyer to bankruptcy. But also important is to save the potential client from themselves. A few minutes explaining the Streisand Effect, for instance, may make perfectly clear to the potential defamation litigant why that cease and desist order may catastrophically backfire.

When the injured person is a child, saying no isn’t particularly easy. Especially when you have your own and can truly empathize. But the ill-taken case will almost always lead to disappointment, making not only your situation worse, but theirs.

Interestingly, the most common response to the the word no is gratitude. The potential litigant simply didn’t know what was involved or how things worked or called because a friend insisted, or simply needed to know that they did all they could under the circumstances. Most people are appreciative when a clear response comes back.

I’m  asked, every so often, if I could be a juror in a personal injury case.  Defendants would no doubt want to boot me from the jury ASAP assuming I would be overly sympathetic and would have a tough time saying no to an injured litigant. But that would only be because they don’t know how much experience I have at turning people away.

No is the most important word. Use it and use it often.

10 thoughts on “The Most Important Word”