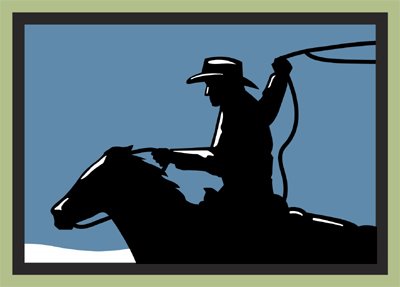 When I started this series, dear reader, I had no idea it would be so easy to find multiple doctors doing 1,000- 2,000 medical legal exams each year, and that I would be able to demonstrate that their average exam times were likely under five minutes each. But if you read today, you will see that this is the result from my investigation. Welcome to Part 4.

I didn’t write this multi-part series just to pick on orthopedist Dr. Michael J. Katz because he was busted for lying on the witness stand about his secretly recorded one minuted 56 second evaluation. That type of story is a one-day affair.

Nor am I doing it because Justice Duane Hart shipped the transcripts off to the DA, the Chief Adminsitrative Judge and the Office of Professional Medical Conduct. Again, that would be another one-off kind of story.

Nor am I doing it because my analysis found that his usual exam is likely under five minutes, which is also contrary to what he testified.

No, it really isn’t about that. Dr. Katz, you see, is a symptom of a larger problem. So is Dr. Israel, who was placed on probation for his conduct doing defense medical exams.

If it was just about them, you might think these two were mere aberrations. But I’m here to present evidence that these premature evaluations are part of what I think is a systemic disease. It isn’t something new, though I have new material. It was evident four years ago when the New York Times did a story.

The Times covered the problem of bogus medical-legal exams back in 2009 as it pertained to Workers Compensation claims. The article was scary in how awful and slip-shod they were. And a secret videotape came into play there also.

The substance of the article was that their review of case files and medical records and interviews with participants indicated that the exam reports were routinely tilted to benefit insurers by minimizing or dismissing injuries.

The doctor nabbed on video by the Times was Hershel Samuels, caught dictating injuries as the exam was in progress, but the report came back without injuries. This quote was priceless:

“If you did a truly pure report,” he said later in an interview, “you’d be out on your ears and the insurers wouldn’t pay for it. You have to give them what they want, or you’re in Florida. That’s the game, baby.”

Dr. Samuels, who was 79 at the time, surrendered his license four months later.

To injured people the Workers’ Comp payments could mean putting food on the table and paying the rent; to others it is a “game” on getting $100-200 for each medical exam in the hope of a big volume practice, while turning a blind eye to the physicians’ oath to “Do no harm.”

If you want to understand the scale of all this, and why I’ve been banging away on my keyboard about these exams starting with Dr. Katz, consider this: In the Workers’ Compensation arena alone there are more than 100,000 exams each year.

One of the doctors in that New York Times piece was Dr. Edward Toriello, an orthopedist. The Times has this to say about him:

Like many who perform the exams, he views the compensation system as bloated with charlatans. Dr. Toriello, who does about 30 such exams a week, estimates that 80 to 85 percent of the time he finds no disability or need for medical treatment in workers whose doctors have found otherwise. He says the disparity is explained by the “comp mentality.”

Comp mentality by the injured? Or a desire to minimize injuries so that the insurance companies will give him more business? Should someone investigate who the charlatans are?

I decided to do some follow up and see how long his exams actually were, the same way I did for Dr. Katz last week.

You’ll remember, I hope, that the data I used previously to discover how long Dr. Katz spent on his medical “exams” — yeah, I think scare quotes is appropriate now for that word — was gathered from two companies that send representatives to the evaluations with the clients, IME Watchdog and IME Advocates. They both track how long the exams take (among other things), and I found from their data that Dr. Katz’s exams were just four to five minutes long on average.

Dr.  Toriello has testified he does 30-40 exams each week (1,500-2,000 per year). The two companies furnished me with data from 57 reports they had on Dr. Toriello.  And the average time for one of Dr. Toriello’s exams, the basis of which might have profound impact on an injured person’s life for many years to come, or even for the rest of their lives is ….  No, it isn’t 45 minutes. Or 20 minutes. Or 10 minutes.

It’s four minutes and 49 seconds. The distribution looks like this:

Dr. Lisa Nason is another frequent orthopedic examiner. And Dr. Nason once testified that, at the medical evaluation office she goes to in Brooklyn for just this purpose, they try to see claimants every 15 minutes. Her average time doing an exam in the 37 reports that I have? 4:22 minutes. Her distribution looked like this:

But wait! I’ve been discussing time doing the exam, but the testimony that I found from her about seeing someone every 15 minutes includes taking a history. Wouldn’t it be fair to Dr. Nason to do an apples-to-apples comparison and include her intake time asking how the claimant felt? Maybe then it will come to 15 minutes?

Lucky for you, dear reader, the reports I have almost always indicate the time taking a history. But the total time, alas, even when you factor in history, still doesn’t make it to 15 minutes. Which is not so lucky for Dr. Nason. Her average intake took 4:08, and the distribution looks like this:

So, in total, she is averaging 8:30 minutes total time per claimant, inclusive of talking, not the 15 minutes she discussed with a jury.

And then there is Dr. Jean-Robert Desrouleaux, a neurologist. I heard he was testifying in the Bronx yesterday before Judge Julia Rodriguez, so, with a draft of this piece already written, I decided to go watch. Some of his exams, he testified, are done in the same place and on the same day as Dr. Nason, sort of like a factory tag-team match for the insurance company.

He testified that these exams are only 1-2% of his practice. But then he testified he does 20-30 per week (1,000 – 1,500/yr.), taking a total of four to six hours each week. I’ll help you with the math: if he is doing medical-legal exams five hours per week and this is 2% of his practice he is working 250-hour weeks, which is mighty impressive considering the week has just 168 hours in it.

He also claimed to be paid about $125-$150 for each one. Imagine, in the short time available, trying to read medical records, x-rays, deposition transcripts, legal filings and whatever else the insurance company might send, do an intake, conduct an exam and write a report for that price. Something has to give for this business model and if you guessed accuracy and quality then you would be guessing the same as me.

But I have 32 reports from Dr. Desrouleaux and he averages four minutes 15 seconds per exam, and seems to have a pretty heavy emphasis on the two to three minute variety. He even has some one-minute exams.

Can you imagine, if you were a claimaint, that your economic future could be decided by a one to three minute exam? His distribution looks like this:

Don’t click away, I got more stuff in this evidentiary round-up!

When the New York Times did its investigation, it found that Dr. Samuels was being hired by “IME” brokers — there’s those scare quotes again — who would actually transcribe his reports. The brokers could, in essence, do whatever they wanted with those reports changing findings if they wanted to, and the doctor that had done a gazillion exams would likely never know the report had been changed.

When the doctors take the witness stand they often call these companies “expert panels,” as if it is some badge of honor to take part.

There are some in the judiciary that understand the problem with these exams, though I fear they are in the minority. Two of them, however, happen to be Chief Judge Jonathon Lippman and Appellate Division Justice Justice Douglas McKeon, who I wrote about back in 2009: Is the “Independent” Medical Exam Dead? after Rowe v. Wahnow was decided in the First Department.

In Rowe, plaintiff’s auto case was tossed out based on the “IME” reports of the defendant’s doctors.  But in dissent comes Justice  McKeon, ripping into the concept that such “IME” reports are actually independent. And he does so by citing Chief Judge Lippman:

…the “independent” prong of the term, has long been winked at by the bench and bar. Few consider the physical examination conducted for purposes of litigation as independent; indeed, one court has described it as part of the “adversarial process” (Bazakos v Lewis, rev’d on other grounds) with Chief Judge Lippman forthrightly observing that “[t]hese exams, far from being independent in any ordinary sense of the word, are paid for and frequently controlled in their scope and conduct by legal adversaries of the examinee (id. at 6 [Lippman, Ch. J., dissenting).

Have things changed since 2009? Will the story of what happened to Dr. Katz make its way to the appellate judges? Will the evidence of quickie medical exams finally coming screaming home to the trial courts? Will more of these exams be taped, surreptitiously or not?