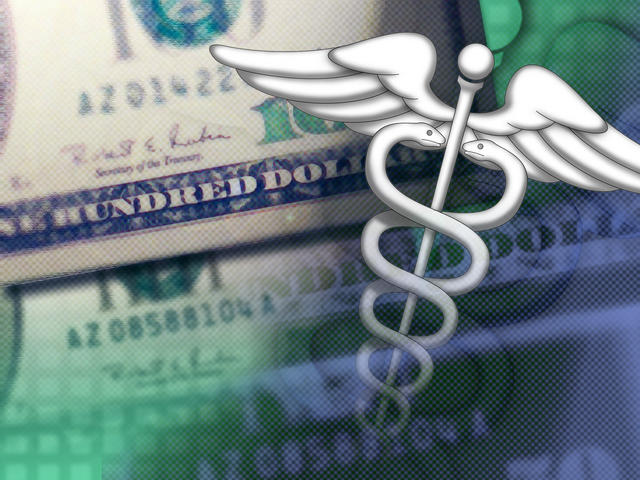 In part one of this series on defense medical exams I wrote about Dr. Michael J. Katz getting busted for lying on the witness stand about the one minute and 56 second orthopedic exam he did in Bermejo v Amsterdam.

In part two I followed up with Judge Duane Hart’s subsequent referral this week of Dr. Katz for civil contempt, criminal perjury and professional misconduct proceedings.

Now in part three let’s turn to investigating other exams that Dr. Katz has done, to see if his conduct in Bermejo was an aberration or systemic. I’ll try to quantify his medical exams.

But how do you quantify quality? Well, you can start by looking at its most basic element: How much time did the doctor spend actually testing/measuring/probing the person? Because if the time is too short, it’s simply impossible to do many tests.

That is a basic premise that even Dr. Katz was forced to acknowledge, crude as it is. After testifying that his first exam of Manuel Bermejo took 45 minutes (as per his notes) and his second exam of Mr. Bermejo likely took 10-20 minutes (based on his custom and practice), and plaintiff’s counsel knowing for certain that didn’t happen because he secretly videotaped the event, Dr. Katz was asked if his exam “could have taken two to three minutes.” Dr. Katz testified, “I don’t think that’s really potentially possible.”

No matter how good a doctor may be, it still takes time to run a person through the various tests needed for an orthopedic evaluation. Nobody disputes the premise.

Now all you folks reading this will agree that anecdotal evidence is a lousy way to prove a point. What if, for example, Dr. Katz’s one minute 56 second exam was an aberration, for whatever reason? How would that reflect on all the other exams he has done? Does that one incident reflect a pattern of behavior? Does it reflect on a potential perjury prosecution?

Since anecdotes are of only limited use, I looked for a database to analyze Dr. Katz’s exams. And I found one, which I’ll discuss momentarily, with dozens of his exams and with the time of each one recorded.

Before discussing my analysis of those reports, however, I need to discuss the nomenclature that gets used. Ever since I was sworn in 26 years ago, the term “Independent Medical Exams” has been used by lawyers and judges to describe the system by which insurance companies hire doctors to examine people that make claims in lawsuits, or for no-fault benefits or workers’ compensation benefits.

That nomenclature, Independent Medical Exams, has long been the subject of derision among plaintiff’s attorneys due to the vested interests the insurance companies have in limiting payments, and the “frequent flyer” doctors wanting some of that nice, steady insurance company business.

Many of us that share my side of the v. will stop others trying to discuss the “IME,” insisting that they be called for what they are: Defense Medical Exams, or DMEs. The term medical-legal exam can also be used as a neutral phrase, but the one thing you can’t call them is independent. Some in the judiciary, including Chief Judge Jonathon Lippman, agree.

I’ll support my point that Dr. Katz’s quickie DME exam of Mr. Bermejo was  not a one-off kind of event, I hope, by pointing to the only databank I know of on the subject, collected from IME Watchdog. This young company sends a “Watchdog” with plaintiffs on these exams, taking notes on what happens. It isn’t generally advisable that the trial lawyers themselves attend, for if they want to challenge the doctor regarding what happened, they might become a witness, and the trial lawyer can’t be a witness.

As a young lawyer I went on many of these myself, since I wasn’t going to be trying the case. But others that also accompany the clients are paralegals, nurses and folks with a general familiarity with how the exams are done, and the fortitude to say “no” to the doctors if they ask inappropriate questions.

An inappropriate question would be “how did the accident happen?”. That’s inappropriate because the doctors are there to report on the injuries, not to conduct an off-the-record deposition on liability that they will then memorialize in a report in their own words. The defense lawyers and doctors already have the depositions that discuss the event itself, so letting your client be cross-examined by the defense doctor, without a stenographer present, could be foolish.

So if a doctor claims he did x at the exam, and didn’t actually do x, there will be someone there to testify about it (other than the plaintiff who is simply trying to follow the doctor’s instructions and can’t be taking notes at the same time).

Since there was a sharp conflict over what happened at the first exam of Mr. Bermejo — the doctor claimed it was 45 minutes and the plaintiff’s paralegal, also in attendance, testified it was about 10 minutes, but only three or four of those minutes was part of the actual exam — plaintiff’s counsel decided to surreptitiously record the second physical exam. As noted in the initial post in this series, he’d been burned once and didn’t want it to happen again.

Now for the data I promised you, looking at other medical-legal exams:  As of July 9, 2013, IME Watchdog has attended 1,378 defense medical exams.

I’ve obtained their reports on many of the “frequent flyer” doctors, of whom Dr. Katz was one of the most frequent. The time he spent actually examining people is reflected on their reports. Dr. Katz’s custom and practice for the 36 exam reports that I viewed seem to be a very long way from the 10-20 minutes that he told Justice Hart for the second exam, and light years from the 45-minutes he claimed for his initial exam.

On the 36 IME Watchdog reports I viewed, I found Dr. Katz spent an average of 4:10 on each one:

Since Dr. Katz testified at trial that he didn’t remember the second exam that got him into trouble — though Justice Hart was incredulous as to the claim of 45-minutes on the first exam (“What universe does he live in? If I ever see a doctor do a 45-minute IME it will be the first time.”) —  Justice Hart asked him about his custom and practice. That, Dr. Katz testified, would be 10-20 minutes.

There are more exams reports, but these 36 were taken at random and I think after seeing that many it likely represents a pretty good sampling.

Update: After publishing this, I heard from IME Advocates, which also sends someone to accompany litigants to these medical-legal exams. They have records on 20 more DMEs from Dr. Katz. Those stats look like this, for the time actually spent on the exam itself, with an average time of 4:45, inclusive of one aberrational one:

It’s also worth noting another little nugget of testimony that Dr. Katz gave, at a trial before Brooklyn Supreme Justice Francois Rivera that I wrote about quickly at the the bottom of my first post on the subject. This was the case where, after making an inquiry, Justice Rivera said that he was “satisfied that this witness is less than forthcoming” and was concerned with Dr. Katz “materially misleading the court.”

In the case before Justice Rivera, Dr. Katz was also challenged on the length of his exam, with the plaintiff’s testimony that it took two to five minutes. Dr. Katz was asked if he had ever done them in five minutes. He said he wasn’t certain, but that “it would be out of the ordinary.”  In fact, a five minute medical-legal evaluation that may be used to turn injured people out of court and deprive them of insurance recoveries that they are entitled to, was exceptionally ordinary for Dr. Katz.

My personal opinion is that when you think about insurance fraud, this is a mighty big thing to consider. He once testified, after all to doing 750-1,000 medical-legal exams a year.

Do I have more to come? Will there be a part 4 to this series? What do you think?

15 thoughts on “So, Just How Short Were Dr. Katz’s Medical-Legal Exams? (updated)”