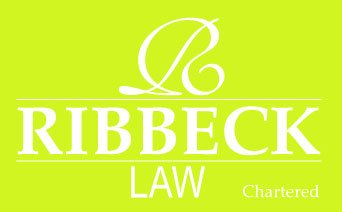 Back in 2009 I wrote a couple times about Chicago based Ribbeck Law Firm’s attempts to procure clients after a plane crash in Buffalo. I  questioned whether it was violating both New York’s 30-day moratorium on contacting victims/families as well as the federal 45-day rule that prohibits solicitation.

Now, according to this Associated Press article, they are in the hot seat over accusations of unlawful solicitation regarding the crash of Asiana Flight 214 in San Francisco. The National Transportation Safety Board has reported the firm to the agency that regulates attorneys for further investigation of its online communications and in-person meetings with passengers, presumably referring to its disciplinary commission.

According to the article, Ribbeck is the only firm that warranted such referral (so far). The referral came because because the NTSB “received an unspecified number of complaints about solicitations since the July 6 accident that killed three Chinese teenage girls and injured 180.”

Let me say, having covered Ribbeck’s conduct in the past, I’m not in the least bit surprised.

When I covered the crash of Continental 3407 in Buffalo on February 12, 2009 — covering it specifically to see if any firm was violating a new anti-solicitation rule in New York — Ribbeck popped up on my radar. Actually, it popped up on my Google search along with six other firms chasing cases.

The firm was the focus of two posts that I made. The first, on February 16th, detailed how it set up a website (www.continental3407.us ) specifically to solicit for the crash and ran Google ads to direct victims to the site.

The second one, a week later, pointed out that six out of the seven firms had yanked their ads down after my post ran. One did not. Ribbeck was still at it. But it modified its call to action (Please feel free to contact us at    …) to now have merely expressions of sympathy, passenger lists, news, a “legal zone,” and contact information. Not very subtle.

Back then I focused on my opinion that Ribbeck had failed all four prongs of New York’s anti-solicitation test (as opposed to the federal prohibition).

Three days after my post appeared, entitled Ribbeck Firm of Chicago Still Soliciting Buffalo Plane Crash Victims? (And A Round-Up) ,  I wrote about how Ribbeck had also pulled down its ads. Perhaps they realized they had stepped over the line, or perhaps all the important contacts had already been made, or something else. I don’t know, no one called to let me know.

My decision to search for firms that might violate these laws was not accidental. In fact, the day after the Buffalo crash I wrote about how I would be looking, as this was going to be the first real test of New York’s then-new ethics rules on solicitation. It was during this same time frame that I wrote about how attorney ethics can be “laundered” with a variety of subterfuges: New York’s Anti-Solicitation Rule Allows For Ethics Laundering and Must Be Modified.

It’s taken a few years to get to this point, but it’s a point that I knew was inevitable.

(2) Unsolicited communications.– In the event of an accident involving an air carrier providing interstate or foreign air transportation and in the event of an accident involving a foreign air carrier that occurs within the United States, no unsolicited communication concerning a potential action for personal injury or wrongful death may be made by an attorney (including any associate, agent, employee, or other representative of an attorney) or any potential party to the litigation to an individual injured in the accident, or to a relative of an individual involved in the accident, before the 45th day following the date of the accident.

Perhaps we will see soon how that rule gets interpreted within the era of website and online solicitations. But one thing is certain, this isn’t new stuff for Ribbeck. They’ve flown this route before.