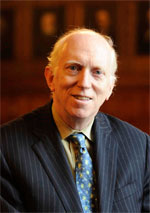 Judge Robert S. Smith sits on New York’s highest court, our Court of Appeals. Last week he wrote a dissenting opinion in a case dealing with auto collisions and insurance fraud, Ramkumar v. Grand Style Transportation. This is my open letter to the judge in response to that dissent:

Let me start by stating that I write this letter with great trepidation. If you take offense at either the content or the tone, you have enormous power as 1/7 of our top court to repay my clients, or other injury victims, in ways that can be quite unfriendly.

But your dissenting opinion last week in Ramkumar v. Grand Style Transportation made me angry and forces me to pound on this keyboard, given your assumptions that the no-fault system is riddled with fraud by claimants. My concern is that if you feel this way, then other jurists might also, and claimants do not appear before our courts with the scales of justice in equilibrium.

For those that missed the case — this is, after all, an open letter and I hope to educate by doing it this way —  this was a simple matter of a plaintiff testifying that he stopped getting treatment after sustaining injuries in an auto collision, because he “was cut off” by the insurance. Those of us on the plaintiffs’ side of the “v” refer to this as standard operating procedure. Insurance companies are in the business of generating profits and satisfying shareholders, and cutting off claimants — oft times with sham exams that last just two to three minutes– bolsters those profits. This is not news to those of us that represent such people.

At issue in Ramkumar was the simple matter of determining what level of proof was needed by the plaintiff to oppose a motion to dismiss his case that was based on defendant’s assertion that the plaintiff lacked a “serious injury” in the ridiculously vague way the Legislature has defined it. The majority said his statement that he wasn’t getting treatment because he was cut off was enough to raise a triable issue of fact. But you dissented.

In arguing for more proof, you went on to allege that there is rampant fraud in the No-Fault arena. But — and this is what raised my anger —  100% of your comments address this from the plaintiffs side of being responsible for fraud. And where is the data coming from for these reports? Insurance companies with a vested interest?

Let me suggest to you, Judge Smith, that there is indeed rampant fraud. Systemic fraud. Nauseating fraud that affects many thousands of cases per year. To prove this, I submit this bill of particulars–

Now you will notice, your honor, that if you click those links, you will see that all of those stories and investigations, except for the Times piece, were done by me. Think about that for a moment: I’m a solo practitioner, with a full time practice, that blogs a few hours a week.  If I can find that much evidence of tainted and quickie defense medical exams, how much do you think a real investigation would  find? Does the phrase “scratching the surface” seem like a fair one?

We are talking about the potential for an unprecedented level of insurance fraud being perpetrated by the insurance industry.

And after claims are fraudulently denied in No-Fault, what is done with the data? It’s used in a self-fullfilling report to claim insurance fraud? I’m sure you remember the old saying about analysis: garbage in, garbage out.

I don’t blame you, of course, for having skepticism about claims. This what the insurance industry peddles to the world. What troubles me greatly, however, is that your skepticism appears to be one-sided and therefore imbalances the judicial scales before the evidence is even weighed.

If plaintiffs and their witnesses are willing to say under oath whatever they have to say to get past summary judgment, they will succeed in doing so….”

And what of the insurance company doctors — those comically referred to as “independent” as they earn six figure sums (or more) from such exams? Why should a judiciary dismiss cases based on such reports instead of, as Justice Scalia once famously wrote, testing their credibility “in the crucible of cross-examination“?

You seem to trust these insurance doctors very much, as you wrote:

If there is indeed a reasonable explanation for plaintiff’s cessation of physical therapy, he should have had no trouble in offering much better proof of it. He could have submitted an affidavit in opposition to summary judgment, identifying his no-fault carrier, attaching a copy of the written communication, or describing the oral one, in which the carrier cut him off, and saying what, if any, reason the carrier gave.

That any judge would accept an insurance doctor’s opinion on the real reason so many injured people are cut off from benefits reveals to me a judge that is, I’m sorry to say, deeply out of touch with what is actually going on. I see an industry orchestrating what are, little doubt, many thousands of sham exams every year. Those of us in the trenches of practice see a world appearing vastly different to what you’ve described in your view from Eagle Street.

This is not a new issue to you. Back in 2009, in Bazakos v.Lewis, you wrote the majority decision on a case dealing with these so-called “independent” medical exams, (deciding that if one sues a doctor for injuries incurred during the exam, it was subject to the 2 1/2 year medical malpractice statute of limitations).

Your boss, Chief Judge Lippman, made this observation about what is ” known euphemistically as an ‘independent’ medical examination”:

These exams, far from being independent in any ordinary sense of the word, are paid for and frequently controlled in their scope and conduct by legal adversaries of the examinee.

Just to be clear, there are countless cases of No-Fault carriers cutting off benefits claiming no injury, or that treatment wouldn’t benefit the victim, only to have these individuals go in for surgery on knees, shoulders, neck, backs and other body parts. Identical problems are rife in these medical-legal exams of all kinds.

Your faith in the so-called IME seems deeply misplaced given the substantial evidence of insurance company fraud and exploitation, which seems clearly in need of investigation by the Attorney General or Department of Financial Services.

My questions for you judge are these: How would you feel if a 3-minute orthopedic exam would be the basis upon which courts and juries would weigh your claim if you’d been injured? And if you feed your family with physical labor instead of with the pen, and those injuries therefore had a more dramatic effect, how would you feel about that 3-minute exam? And given the substantial evidence of problems, how does a judge simply accept as true the proclamations of an insurance industry that profits from it?

13 thoughts on “Dear Judge Smith — You gotta be kidding me.”