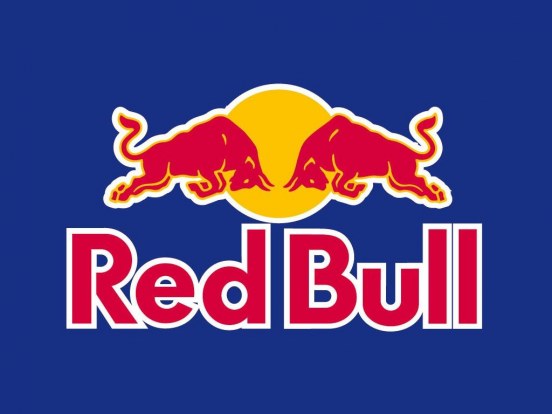 The story comes over the transom like so many others do — with a big fat headline screaming about a lawsuit with a multi-million dollar claim. This one claims that the energy drink Red Bull caused death. And the gist of the claim seems to be — based on this newspaper article as well as the Complaint that I obtained from plaintiff’s counsel — a failure to warn that Red Bull is actually more dangerous than what Red Bull lets on.

The result is that 33-year-old Cory Terry — who was a regular consumer of the product — is dead after downing one of the drinks during a basketball game.

The Complaint itself cites a litany of medical problems allegedly caused by Red Bull that spans many years and many countries, and cites to a number of studies of over-caffinated drinks that have appeared in the medical literature. It then goes on to state causes of action based on strict liability for a failure to design the product properly, a failure to warn of the dangers, breach of warranty and fraud.

For the purposes of my posting, let’s assume that it’s accurate that Red Bull failed to properly warn about the drink’s contents and committed fraud. If true, it could be an interesting lawsuit. Whether it caused this particular death is another issue.

I’ll assume it’s all true because I have an altogether different bone to pick with Ilya Novofastovsky — he being the lawyer that brought this suit.

And that bone is with the claim for $85M for this unmarried construction worker who left behind a 13-year-old son.  Now it’s not $85M in compensatory damages as the NY Daily News story would have you believe. It is $5M each for seven different causes of action plus $50M in punitive damages.

But here’s the problem: In New York, you aren’t allowed to put an ad damnum clause in a lawsuit. That’s the fancy pants Latin phrase for the monetary demand. New York outlawed this practice — a practice I’ve always despised — for medical malpractice cases in the 80s and for all personal injury cases in 2003. Ten. Years. Ago.

At that time Walter Olson, the founder and editor of Overlawyered, celebrated the demise of the ad damnum clause, as did his oft-times foils the lawyers themselves. As Olson noted back then:

New York thus becomes the latest state to adopt a measure that is relatively rare among litigation reforms in eliciting widespread support from among both defense interests (example: American Medical Association model legislation, PDF) and the plaintiffs’ bar…The state bar association urged Pataki to sign the bill, saying it “will reduce pretrial publicity about how much money is sought from particular defendants, and deals with the common misunderstanding by the general public that the amount sued for is the amount actually obtained by plaintiffs.”

And yet, some lawyers still put that clause in. Why? There are only two possible reasons, as I explained last year when a lawyer sued for $30M over a dog bite: Either the lawyer is ignorant of the law or the lawyer is deliberately violating it in the hunt for headlines. It’s your call as to which is worse, ignorance or a potential ethics issue.

And so Ilya Novofastovsky becomes the latest lawyer to embarrass the rest of us, as we face down potential jurors who appear in the courthouse. It’s headlines like this that poison the well of potential jurors. He may not have caused embarrasement deliberately, but that’s the effect.

Every time I pick a jury I am forced to deal with unusual claims that appear in press headlines, distracting me from the job I was hired to do. The biases are there, planted firmly in their brains by lawyers that make monster claims that bury the reason they actually took on the suit. The fact that these claims are outliers is of no significance, because these are the ones that jurors see in the paper. These are the cases, and the lawyers, that help to poison public opinion.

And lest you think I am overstating the case,  you are free to read the acerbic comments that accompanied that Daily News article. This is a sampling, and think for a moment how the comments would be different if the story headline dealt not with money, but with the product being mislabeled and focusing on the fraud, which is the actual crux of the complaint:

Wow. This has “looking for an easy buck” written all over it.

He chose to drink it. Now shut the hell up about suing the company for 85 million. You just want some easy money.

The family is simply looking for some cash.

Welcome to America. There are no consequences for filing frevious law suit. $85million? That’s what he would have made in his lifetime of robbing and stealing perhaps.

Opportunists looking for a quick payout.

And so the headlines — those things that affect jurors — aren’t about fraud and product problems. They are about the money; the money is always in the headline.

A quick story on the subject: A bunch of years ago a TV reporter was doing a story on New York’s broken sidewalks and wanted to interview me regarding one of my cases, that being an elderly woman who’d tripped and busted her arm. It was a plain vanilla case, so to speak, but a good example of what happens when you don’t fix busted sidewalks. They are dangerous, and that’s what the story should be about (and what the reporter told me it would be about).

With the camera rolling, the reporter then asked how much we were suing for. This was the money shot, so to speak. Being prepared for that inevitable question I responded in three to four very unquotable sentences about how difficult it was to predict the future, and the potential surgeries, but that I didn’t think the case would exceed x.

That’s great, she said, now can you give me the answer again, but shorter, with just the money? And with the camera rolling again I slowly gave her the same three to four unquotable sentences.

I wasn’t giving her the money shot. While money may be what we are forced to sue for, since I can’t get my client’s health back, this was a story about safety.

Lesson: Don’t give the press the money shot. If you do, the story is no longer about safety, injury prevention and personal responsibility for those that are negligent (or worse). Now it’s all about the money.

Eventually, a lawyer will need to turn to the money when in front of a jury. But then it can be presented on its own terms, unfiltered by the distortions of the press.

Update (11/1/13): Max Kennerly discusses the substance of the case.