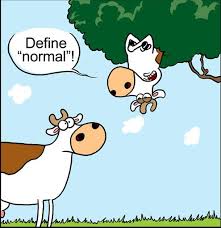 This is the story of a doctor who decided that “normal” isn’t what he learned over decades of practice, but what an insurance carrier tells him is normal. If you earn your bread in the well of the courtroom, this may be something you hadn’t considered before.

What, exactly, is “normal?”  When it comes to medicine and testing someone’s range of motion, there are standards.  If you test 1,000 people who are in the sweet part of life — not an infant or octogenarian — you will come up with numbers.

Some people, of course, are flexible and test higher. Some are not — either naturally or due to injury —  and test lower. But that doesn’t change what normal is, and that is an important metric because, if you want to evaluate an injury, you need a yardstick to measure by.

But what does a doctor do if the insurance carrier that hired him to do a medical legal exam tells him to use different numbers to define a normal range of motion?  You may think the answer is obvious — that the doctor would firmly tell the insurance company to go shit in a hat and that his license to practice medicine isn’t for sale like that.

My experience last month at trial, however, found an altogether different answer.  Now it’s a rare day for me to use one of my own transcripts, but I spent a good part of the summer investigating and ripping into phony testimony, quickie medical exams, and phony signatures. I’ve also covered insurance company directives on how to leave out of the reports things that may be beneficial to the plaintiff.

Today, I explore a completely different method of chicanery.

The case was a multiple vehicle collision and “Krystal Doe” had shoulder, neck and back injuries. The doctor I was examining had done a medical-legal exam for the defense. And he confessed, when confronted, with having used the insurance carrier “normals” instead of his own knowledge, training and experience.

The defense, ironically, was that the plaintiff was exaggerating. There was exaggeration for sure, but it seemed to be coming from the medical expert that the defense had hired.

In order to see if this is a worthwhile course to pursue in other cases, of course, you need to first find a bunch of reports that the doctor has authored in other cases. Pre-trial investigation into the expert, with calls/solicitations to other practitioners in your area, is required, unless your firm is huge. If you have a local listserv, then sharing info on expert docs is a great use of it. Or, if there is a company around that sends representatives to attend these exams as witnesses (such as the ones I used for this investigation), they may be able to help locate reports.

First, the set-up to lock the doctor into his position about the importance of normal (I’ve yanked the names out and cleaned up the text):

Q: I think you testified that you wanted to find out what the patient has and then compare that to whats normal, right?

Q: Because loss of range of motion of a limb, it’s a relative thing. It’s all relative to what’s normal, right?

A: No. No. Well, it is a standard, but it’s not the same for everyone.

And with that, you can now first establish what his opinion is of “normal” for this individual that happens to be your client:

Q:   What is cervical extension?

A:   Putting your head back.

Q:   And what was it for Krystal Doe in this matter?

Q:  So the difference between 20 and 35 degrees, that would be her loss, right?

Q:  Now of course if normal was actually higher, then the injury would actually be more extreme. If it was, for example, 60 degrees, the difference between 20 and 60 is a lot more significant than between 20 and 35, right?

Then return to reinforce the concept that “normal” doesn’t really change:

Q:    And you as a physician, who does these medical-legal exams, you always use the same range of motion for all of the people who you’re  examining. Again, assuming they’re within the sweet spot of life, you know, in their 20’s  and  30’s, right?

A:   There are standards.

Q:   And one of the standards is  that — you’re telling the members of the jury — is that 35 degrees is normal; is that right?

Q.   Now we’re talking about range of motion of the cervical spine, otherwise known as the neck, right?

Q:   And extension you say normal is 35 degrees, right? 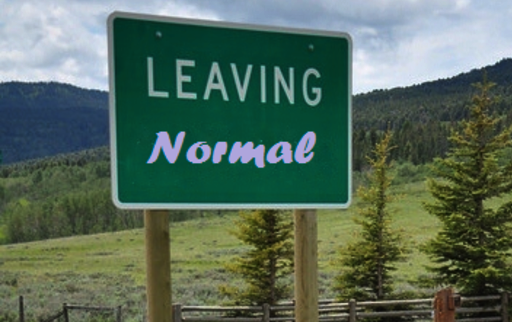 Then confront with his “opinion” in another case that he did a medical-legal exam for:

Q:  Was that your opinion, when you examined Thomas Roe, that normal was 60 degrees?

Now it has often been said that lawyers shouldn’t ask questions at trial that they don’t know the answer to. But that isn’t really true. In this case, the expert was dead in the water. (He was actually dead in the water before we started; he just didn’t know it yet. Now he does.)

So it’s OK to proceed when you don’t know what the answer is, because there isn’t any answer that can help him. So off we go looking for the excuse for why he is exaggerating the loss of range of motion by using different “normals”:

Q:  So there should be no difference in the normal range of motion for an individual who’s 26 and another one who’s 34?

A:  Actually, that’s not true.  This examination was done for a company that uses a different standard for range of motion testing.

Q: Don’t you use your own opinions as to what normal range of motion is?

A:  I do, but if I’m employed by them to do an examination, I have to use their standards.

Q:  So you then will take a standard that you know isn’t accurate, and use it in a medical-legal context?

Q:  Is that your testimony?

A:     No.   That’s not my testimony. At   the end of my report, all of these reports, I state clearly that the range of motion testing is based on the American Academy of Orthopedic  Surgeon’s standards, but there are differences with body habitus, with age, with activities. I state that clearly, so it’s a very subjective exam, and the 60 degrees here conforms to what this carrier says is normal. That’s not what I think is normal.

Ouch. The insurance carrier is paying for the exam, so he uses the carrier’s definition of normal. The only thing to do now, is bang on the drum a bit so the jury understand what has just happened, and move on to other body parts that might also have differing “normal” ranges of motion:

A:    No. They didn’t tell me to examine the patient any differently. They told me what their norms were.

Q:    By the way, for shoulder abduction, that’s where  you  bring the arm up and point up at the sky?

Q:    For Thomas Roe, it was your opinion  that normal abduction was 180 degrees?

Q:    And was it your opinion that  for Krystal Roe it was 160 degrees, there was a difference?

Q:     And this diminished your findings with respect to Krystal Roe in examining her range of motion and forming your opinion, didn’t it?

A:      That’s what this carrier used as their normal.

So, the long and short of it is, do the ground work before trial by obtaining other reports that the defense medical examiner has done, and you may be surprised that “normal” may be a fluctuating concept based upon what the insurance carrier tells the doctor is normal in order to minimize the actual loss of the claimant.

How such doctors sleep at night is beyond me, though I suppose his $7,000 fee probably helped.

5 thoughts on “When Normal Isn’t Normal (License for Sale?)”