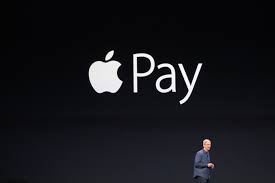 Yesterday Apple had its massive product presentation and one of the products it announced was a new pay system for credit cards, Apple Pay. Load the cards into an iPhone, and then just wave them in front of a techno-gadget at the check-out counter and you’re done. Simple.

Why might this be important? Currently, big business is tripping all over itself to gather as much information on you as possible, taking away big chunks of your privacy.

A 2012 New York Times piece on Target explained how, based on the buying patterns of a teenager — unscented lotions, vitamin supplements and other non-pregnancy related products — it knew she was pregnant early on and sent coupons for maternity clothes to her home. Her father was livid. And unaware of his daughter’s state.

Target is obviously not alone in doing everything possible to create massive data banks about you. Data banks that, perhaps, can then be hacked into (or subpoenaed).

Personally, I find myself using cash more and more often, as I cherish my privacy.

But Apple Pay may reverse that direction. According to CEO Tim Cook, the iPhone encrypts the card numbers, and when you make a purchase, the store can’t attach product information to your purchase.

That’s because the store doesn’t even get your name, much less your card number. Hacking the store’s computers should keep the consumer safe (again, see Target, and its loss of 40M credit card numbers).

And even Apple doesn’t get the information. From the Apple website, two key paragraphs:

Keep your cards in your wallet. Since you don’t have to show your credit or debit card, you never reveal your name, card number or security code to the cashier when you pay in store. This additional layer of privacy helps ensure that your information stays where it belongs. With you.

If this works as planned, it has the potential to (partially) reverse our headlong dumping of personal information about ourselves into the computers of Big Business, both with respect to the items we buy as well as the cards we use.

The less data that exists in the data banks, the less it can be abused.