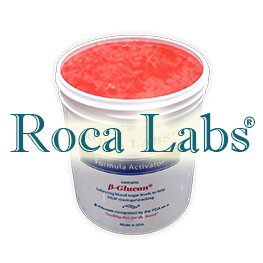 I’m on a roll lately writing about idiotic defamation cases, so I might as well do one more. I’ve ignored this one until now. And no, this isn’t about me.

Who/what is Roca Labs? It makes a weight loss product. And you know what that means?

It means that some folks will call it bunkum, tommyrot and malarkey, say it’s snake oil, and challenge its effectiveness. The owners will undoubtably be called frauds, con men, quacks, hustlers and charlatans, and some may even call them bad names. And that’s before knowing anything else about the product or the people peddling it.

When you combine weight loss potions, tonics, goos, mixtures and other concoctions with free speech, that kind of thing is to be expected.

Yes, my friends, I’ve whipped out that thesaurus again and I’m trying to make good use of it.

Where was I? Oh yes, snake oil. Even Dr. Oz is not immune from such attacks for pitching weight loss products. Just Google Dr. Oz snake oil weight loss and see what you get.

And so it happened that someone gave a negative review of the Roca Labs product on a gripe site called PissedConsumer. I know, I know, you are shocked! Shocked! That such a thing would happen.

But rather than take it in stride, or correct any possible mistakes, the company foolishly brought a lawsuit trying to rid the site of the bad review. The company claimed that, in exchange for a “discount,” buyers of the product agree not to make disparaging comments about it, and that this was “tortious interference.”

So they sued PissedConsumer, despite the fact it is immune from suit under Section 230 of the Communications Decency Act, which protects websites (mine included) from being accountable for the comments that are left on them.

Randazza came in to defend in his own inimitable and very colorful way.

Do I have to tell you what happened next, dear reader? Now people who had no idea that PissedConsumer or this review even existed learned about it.

When Randazza — my attorney in the Rakofsky v. Internet suit — wrote about it, Roca asked him to please stop. As you might guess, asking a First Amendment lawyer to surrender his own First Amendment rights gave Randazza a chuckle. He published the Roca missive.

And then, having not humiliated themselves enough by bringing the first suit, and by trying to get Randazza to surrender his own rights, they decided it would be wise to then sue Randazza. Really, you can’t make this stuff up.

I went through the Complaint looking for the reason for the suit — that is to say, some actual words that Randazza used that are false facts and, therefore, might be defamatory. Because that is what you need in a defamation case, false facts. Being mocked and ridiculed, it may surprise you, won’t cut it in a free speech society.

What I found was them quoting a satiric Halloween tweet from Randazza:

It took them 38 paragraphs to actually get to this. And from there went on to cite Techdirt and BoingBoing articles that Randazza didn’t write that ripped on Roca. The complaint also cites to portions of briefs Randazza wrote, which I thought was downright silly since there is a litigation privilege  with respect to such legal filings.  That means you can’t bring a defamation action over them. (See analysis by Adam Steinbaugh)

If there is a cognizable claim in Roca’s papers, I sure can’t find it.

This suit is destined for the trash heap of history. And you know why I know this? Because so much of this complaint is filled with crap.  If you want to be amused, look at paragraph 80 where Randazza is “accused” of mocking the Roca Labs legal team.

By putting this in the Complaint Roca has shown that they don’t need Randazza to horsewhip them; they do just fine with self-flagellation.

They also spend some time discussing some of Randazza’s other First Amendment clients, including various pornographers. Apparently, giving legal counsel to those that need it is frowned upon by Roca.  Go figure.

Over at Popehat, Ken White notes about the Complaint in a post titled Roca Labs, Lacking A Hornet Nest Into Which It Could Stick Its Dick, Has Sued Marc Randazza, that:

Roca Labs complains that Randazza’s purpose is to “mock, ridicule, humiliate, harm, and continue his war against ROCA,” but that’s not very specific. Roca Labs complains about statements in articles by TechDirt and tries to attribute them to Randazza, but doesn’t explain exactly what Randazza said and exactly how it was wrong. That lack of specificity is probably deliberate — if Roca Labs admitted they were mad over the term “snake oil,” they’d have to confront the fact that the phrase is obviously protected opinion.  See, e.g., Phantom Touring v. Affiliated Publ’ns, 953 F.2d 724, 728, 730–31 (1st Cir.1992) (holding that description of theatre production as “a rip-off, a fraud, a scandal, a snake-oil job” was no more than “rhetorical hyperbole”).

Many others have now written about this, I’ve provided some links below, and you can Google “Roca and Randazza” to get more. That might not be as sexy as Bogey and Bacall, but it’s certainly amusing.

While others have written about this, and I hate to do “me too” postings,  I write anyway because I think it’s important that when people sue with the intent of silencing their critics, that others take note and expose the attempted censure. And I think that silencing the criticisms is exactly what was intended.

This, by the way, just scratches the surface on much of the weirdness, threats and lawsuits that are going on.

Roca Labs Sues Opposing Lawyer, Marc Randazza, Because Of What We Wrote On Techdirt (Techdirt, one of 17 stories it has on this weirdness)