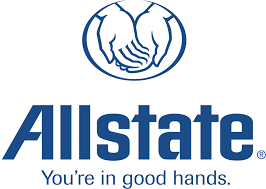 A snarky email from an Allstate adjuster may cost the company $900,000. Here’s the story.

By most anyone’s definition, 66-year-old Carol Haberman’s experience while walking her dog can be a horrible, life-altering one. Newspaper deliveryman James Burke backed out of a driveway at night while making a 3-point turn and ran her over. Realizing something happened, he pulled forward, likely running her over again.

The result? A complex left hip fracture requiring a total hip replacement, a lumbar compression fracture and compartment syndrome requiring a fasciotomy of the left leg.

What happened in litigation, however, was astounding. You may hear me rant about insurance companies and adjusters sometimes, and now you’ll see another reason why. The difference here is that the adjuster actually put her Kool-Aid inspired thoughts into writing.

There were two fundamental issues to deal with: How to apportion fault as between a driver and pedestrian. And how severe the injuries were. This would include, of course, the extent to which she had prior injuries that may have been affected.

But any way you sliced it, this was a significant matter to be deftly handled. Practically speaking, both plaintiff and defendant would want to limit their exposure with a jury. This is the type of common sense risk management of which settlements are made.

This is also one of the primary reasons that picking stupid personal fights with the other side is detrimental to a client. Because one day you might need to talk turkey over coffee with that other side about how to best serve your client with a negotiated deal.

And so it came to pass that, with a $1.25M insurance policy on the line, the parties in Haberman v. Burke thought that they had reached a settlement of sorts. This would have been what we call a high-low agreement that limits the financial exposure of both sides, with the high being $1.1M and the low being $100K.

The problem? Plaintiff’s counsel, Paul Edelstein, believed that this established the high and low of damages, and that only the issue of liability would be tried. Given the costs of hauling experts into court, this is an arrangement that can make sense for both sides.

But no. Allstate insurance adjuster Andrea Sewsankar thought that both liability and damages would still be tried. And she wanted that despite the fact that her “expert” was the discredited orthopedist Robert Israel.

OK. An understandable miscommunication occurred. But one would logically then assume that an effort would be made to hash out a solution, especially since the defendant had a problem with its expert. Whether agreement would have been ultimately reached, who knows, but certainly the efforts would be continued. Right?

Dear Reader, would I be writing this if that effort were made?

No. Instead, Allstate’s Ms. Sewsankar shot off a deliciously snarky email after Edelstein said that the two of them were not on the same page as to the details of the high-low. This was the set-up to the nastiness, via emails that I have obtained that were  being used to confirm the deal:

Sewsankar: As we discussed, win or lose, your client is guaranteed a payout of $100,000 in exchange for a cap at 1.1 million. No appeal & your client will be responsible for all liens including and not limited to Medicare.

Edelstein: Correct.  But also no damages trial.  We will do hold harmless and deal with any medicare lien

Edelstein: Oh man. Sorry. We weren’t on the same page.  I cant do that.  Only high low if we do away with damages trial

So far, not a problem, right? Just two sides trying to confirm in writing the nature of a deal, and then realizing that they had an unresolved issue.

And then, Boom! The testy little missive that will likely cost Allstate a bucket full of money before it’s all over, and which cracks open the Kool-Aid drinking mindset of some insurance adjusters, and which will be extremely important after this week’s verdict:

Sewsankar: No problem, I thought you had recognized the awesome skills of my defense counsel & wanted to garner a six figure payout for your client, so I took the opportunity to solidly protect my insured with this cap. Luckily, no payout will be warranted when Ed scores a defendant verdict on liability.

Don’t you love the hubris? I’m not sure which part of the email is the best: Is it boasting of the “awesome skills” of her counsel? The “no payout will be warranted?”

I’m betting it’s the “thanks a million” part that really must be hurting Allstate now. Because the liability verdict found 65% in favor of the plaintiff, meaning that Allstate would have been on the hook for only 65% of $1.1M high-low, or $715K.

But instead the case then proceeded to a damages trial with this result this week in very conservative Suffolk County:

So, when Ms. Sewsankar wrote “thanks a million” she was off by a bit. (I emailed her for comment yesterday morning but she has not responded.)

Her hubristic and intemperate email will, no doubt, be part of plaintiff’s efforts to collect the excess against Allstate in an action for bad faith. Her snark may cost Allstate about $900K. Either that, or it may bankrupt its insured.

You can almost feel the love from Allstate’s “good hands” logo. Almost.

8 thoughts on “Allstate Adjuster Likely Wants Her Snark Back”