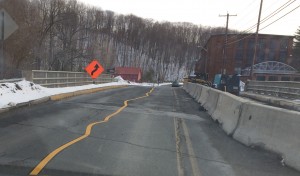 If you came here looking for an April Fool’s joke, sorry, but I retired in 2013. Now on to today’s post…

So there I am last weekend looking at the squiggly yellow line down the middle of the road. And I think to myself: Self, just what the hell does that mean?

1.  The yellow line painting guy was drunk and singing King of the Road.

2.  The yellow line painting guy dozed off while listening to On the Road Again.

3.  The yellow line painting guy was playing a joke on someone who likes Country Roads.

4.  The yellow line painting guy wasn’t driving, but was actually running down the road trying to loosen his load with seven women on his mind, and was thus distracted.

5.  The yellow line painting guy suffered from a disability of sorts that caused him to paint in a less-than-staight manner, and when the boss yelled at him he invoked the Americans With Disabilities Act and sang I Don’t Need No Doctor.

6.  The yellow line painting guy was a genius.

A genius? Well, yeah, that is one possibility. Because this was a construction zone. And that means lower speeds. And what can bring down speeds quickly, that isn’t also dangerous? 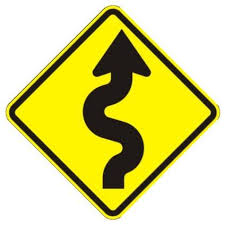 No, not a sign. We expect signs. Even signs with squiggles on them.

But a squiggly line down the middle of the road? Well that might make a distracted driver take notice that something is up.

So I go with genius, a traffic safety genius, who sang Stayin’ Alive while he painted.

And if you got a better idea, I’m all ears.

6 thoughts on “The Squiggly Line in the Road”